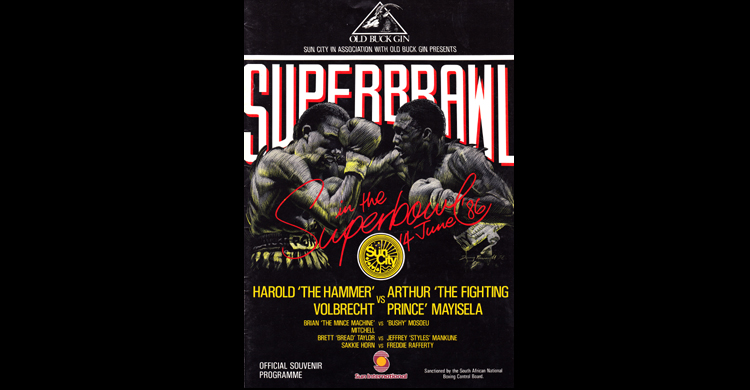 In a sensational bout between welterweight champion Harold Volbrecht vs Arthur Mayisela an accidental clash of the heads in the 4th round caused havoc with Mayisela fans voicing their disapproval of the outcome. Unaware that for the first time in SA Boxing history a new rule was being implemented by Referee Alf Buqwana’s. Alf had to make the ruling after the Doctor declared that Volbrecht’s injury was a danger and that he could not continue. With blood streaming from the cut the fight was declared a technical draw.  The ruling is that should an accidental clash of heads occur before the the halfway mark of the fight it is then declared a technical draw. The fight was then stopped as the bell rang for the 5th round. Alf did the right thing. 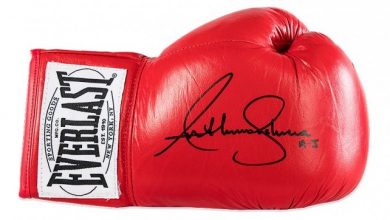 Big-hearted boxing greats do their bit 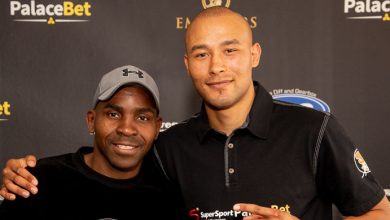