With his epic victory over Jose Martin Estrada Garcia, Lodumo Lamati not only became the new IBO world junior featherweight champion, but he also treated Supersport viewers to an instant classic!
The Mexican did not come here for a holiday, he came to win. That much was clear when he bloodied Lamati’s nose as early as the second round but the South African showed why he is nicknamed “9mm.” His jab was hard and accurate. On top of that, he showed a punch variety that was not always there in the past. Perhaps the stiff opposition he faced in Garcia was just what the doctor ordered. It clearly brought out the best in the Eastern Cape fighter.
“I knew he was good, but I didn’t know he was that good,” enthused promoter Rodney Berman days after the fight. Whatever the Mexican threw, Lamati answered with more of his own. When Garcia landed chopping rights to the head, Lamati responded with combinations, often ending in a hard, right uppercut. When Garcia pounded the body, Mexican style, Lamati went to the trenches and was happy to oblige him in several breathtaking exchanges. 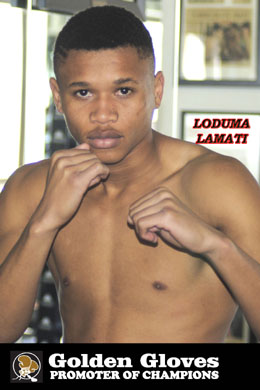 Every time it looked like Garcia was turning the momentum his way, Lamati was able to bring the fight back to the center of the ring where his hand speed gave him the edge.
In fact, by the end of the ninth, it looked like the Mexican was finally starting to fade. Instead, he found a second wind and threw everything at Lamati over the last three rounds. It was edgy stuff for the South African and his backers, so much so that Berman temporarily left his ringside seat to calm his nerves.
Bleeding from the nose and cuts over both eyes, Lamati showed the heart of a lion to hang in there and hear the final bell, his early lead enabling him to triumph by majority decision.
The blood-soaked shirt of referee Deon Dwarte could only be topped by Stan Christodoulou’s shirt after the Galindez-Kates fight for goriness and bore testament to the efforts of two warriors who left it all in the ring.
It is all good and well to have a roster of champions, but the next generation of fighters are just as important. After all, they will be the headliners of tomorrow.
Among them, it is perhaps junior middleweight, Shervontaigh Koopman, whose star is shining the brightest.
Topping the development bill, which preceded the main card, Koopman ran his undefeated record to 7-0 with five knockouts, winning a hard-fought decision over Jacques Tshikubu Muvud from the DRC. In a battle of undefeated fighters, no inch was given as the pair exchanged non-stop from bell-to-bell. The shorter Muvud kept boring in, raining punches to the body and head. Koopman kept answering back with the heavier, faster blows and at times Muvud resembled a rowboat caught in a storm. Still, he refused to go down and kept fighting back. 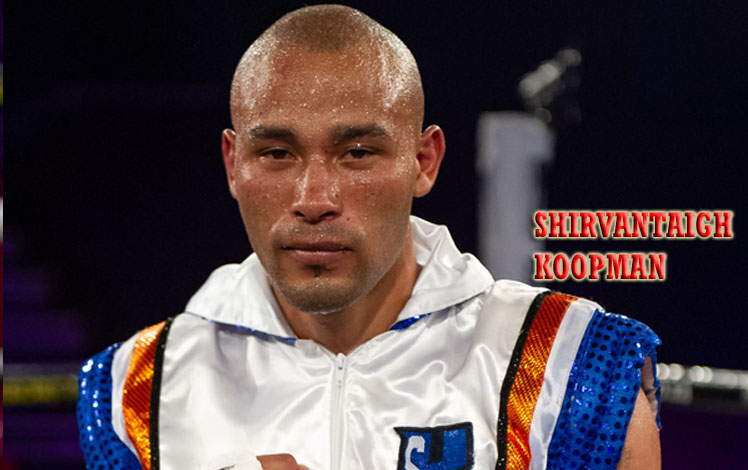 Koopman has showed that all-important resilience to get through sticky situations when everything is not going his way. He is an exciting fighter who improves with every outing. Trained by Vusi Mtolo, who also did wonders with Roarke Knapp, the sky is the limit!
Sometimes there is such a thing as a “good loss” and Muvud’s stellar effort did not go unnoticed by Berman. “If he can move down to welterweight, he could be a useful fighter. We would like to have him again,” said the promoter.
There is a saying that when the heavyweights do well, boxing does well.
South Africa has long been starved of a heavyweight that grips the public imagination, but maybe, just maybe, Wilhelm Nebe could be that guy. Trained by Alan Toweel jr and nicknamed “The Dragon,” the young behemoth stands over 2 meters tall in his socks. He is still raw, but he can take a shot and certainly deliver one. That much he showed when he put Jean Pierre Steenkamp to sleep in the first round. Steenkamp got up from the the first knockdown, courtesy of a Nebe right and fought back as well as he could until a sweeping left hook separated him from his senses. 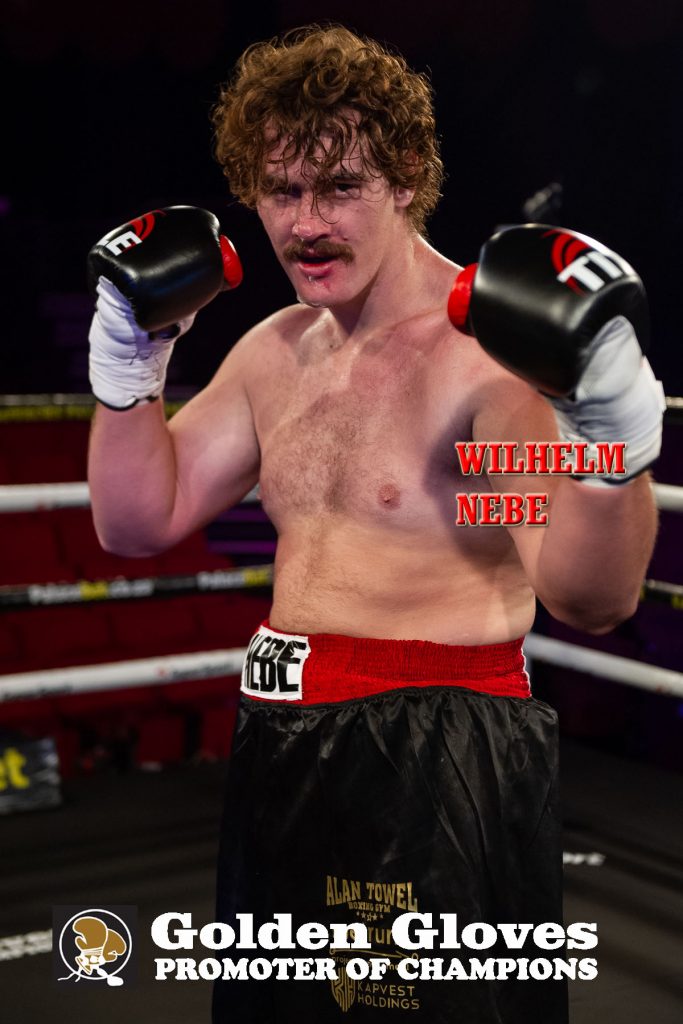 Nebe, who is now 5-0 with four knockouts, is a work in progress and it is still early days for him. However, his technique has improved incrementally, and he showed his dedication by shedding a lot of extra weight. Heavyweight champions have been made with little more than desire, a solid chin and a big punch.
Then there is the Damien Durandt trained junior welterweight, Nthethelelo Nkosi who recently impressed by reversing his only defeat to Hafeni Gerhard, outboxing him over four rounds. “We are still figuring out whether to keep him at junior welter of go to lightweight, but he is definitely someone for the future,” says Durandt.
The future is bright!