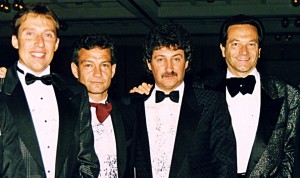 It was the first milestone in a long and illustrious 30-year stretch that has seen the Golden Gloves banner displayed throughout the world.

To date, the Golden Gloves consortium has produced over 50 world champions, the majority of whom were South Africans. Amazingly, they were all crowned since March 1990.

An astute former attorney based in Rosebank, Berman has promoted more than 2000 bouts and has received numerous State Presidents awards for his services to the sport.

He was also honoured on several occasions by the IBF (International Boxing Federation) as well as the Maccabi Institute of South Africa.

A man of vision, Berman, despite intense criticism by the prevailing SA boxing authorities, boldly ventured into new territorial waters when he became the first South African boxing promoter to work with the IBF in the mid-eighties. This occurred after Berman had journeyed to the United States in 1986 for in-depth talks with the then IBF president Bobby Lee. 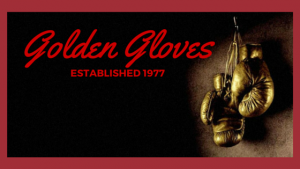 It proved to be one of the soundest moves ever orchestrated in the history of South African boxing and the rewards weren’t long in coming. In fact, some of this country’s finest world champions, like Welcome Ncita, Vuyani Bungu, Phillip Holiday, Brian Mitchell, Mbulelo Botile, Lehlohonolo Ledwaba, Cassius Baloyi and Malcolm Klaassen, all went on to win IBF world championships.

Innovative by nature, Berman has constantly sought new goals and challenges and his reputation as the greatest promoter in the annals of South African pugilism has never affected his outgoing nature. If anything, he has remained unfazed by the reams of accolades that have come his way, preferring instead to praise his team of employees and fighters, all of whom hold him in the highest esteem.

Among the biggest tournaments Berman’s Golden Gloves Promotions have staged were the “Amabutho Empi” bill at the Carousel in 1997, the “Thunder in Africa” extravaganza at’ Carnival City in April 2001, and “All the King’s Men” at the same venue in May 2004.

More recently, in 2007, he hosted Laila Ali on a bill promoted as “Ali at the Palace”. He also facilitated the highly popular visit by former heavyweight champion Mike Tyson.

America’s volatile promoter Don King, who co-promoted “All the King’s Men”, probably summed it up best when he said: “Rodney’s pilot light has guided South African boxing to lush and nourishing pastures that have nurtured this nation of boxing-loving people.”

That the African continent has collectively benefited from Golden Gloves Promotion’s extensive activities abroad cannot be disputed and the Rosebank-based consortium have furthered the ambitions of a number of fighters from foreign countries such as Congo, Botswana, Nigeria, Tanzania, Malawi and Senegal.

Moreover, no other South African promotional group has equalled or maintained the remarkable success rate achieved by Golden Gloves Promotions.