Next month Chris ‘The Heat’ van Heerden fights in SA for the first time since 2013. The rugged welterweight is determined to fight his way back to the top in a division packed with supreme talent. The engaging southpaw answers some key questions:

Tell us about your time in the US. What exactly are you busy with and when will you head to SA?
It’s my second week into sparring and at this stage of camp I’m working with two different southpaws. The one is all about pressure, where the other guy is more skill. Camp is going well here in the USA. It’s hard but it’s expected as there’s seven weeks still ahead.

It’s been a long time since you last fought in front of your home fans. How do you feel about doing so on October 22?
It’s been over three years. It’s been long and I miss the sound of a home crowd chanting my name. I am excited to be back in action and to give back to my loyal fans who never stopped supporting me.

Your next opponent is Sacky Shikukutu of Namibia, who has mixed in decent company and comes to fight. Like you, he’s a southpaw. What are your expectations for this WBA Pan-African title fight?
Sacky is no bum. The guy knows how to handle it in the. I’m not expecting an easy fight. It’s gonna be action and high-paced. It’s gonna be HEATed.

Errol Spence, quite rightly, is being touted as one of the hottest prospects in world boxing. You had a good scrap with him and although you were ultimately defeated, I suspect that history will show you did damn well against a can’t-miss prospect. Is he as good as the hype?
Losing to Errol Spence really hurt me inside because I know I was half the man I know I could be. Mentally I lost the fight in the weeks ahead, but also, Spence is a world class future world champion heading one way and that’s to the top! Me losing to Spence in the way I did proves to me at least that I am a tough guy. I lost that fight on my feet, not on the canvas. I would like a rematch in the future. Spence is special.

What is it going to take for you to get back into championship reckoning?
For me to get back to the top I need first take care of Sacky and the man to get me back in line is Mr Berman of Golden Gloves.

How do you expect to work with Colin Nathan, the trainer? Will it be simply staying sharp or are you looking to add a couple of fresh things to your arsenal?
Joining Collin will add to my camp in both staying sharp and adding a few new things. I’m excited.

Thurman, Brook, Garcia, Spence. The welterweight division is on fire. Who, by your reckoning, is the best fighter at the weight?
It has to be Spence and Brook.

You have had a terrific pro career that is now into its 10th year. Of the many boxers you’ve faced, who has been the best, and why?
Errol Spence – he has power, timing and skill.

You are always supremely fit. Tell us about your fitness regime.
I am always in shape and there is really just one reason for that: hard work. I’m a gym rat.

Unfortunately for SA fans the Paul Kamanga fight fell through. Is it a fight that still interests you?
Van Heerden versus Kamanga is a fight I think will always be there. It is a fight I want – he’s highly rated – and it’s a fight South African fight fans want. 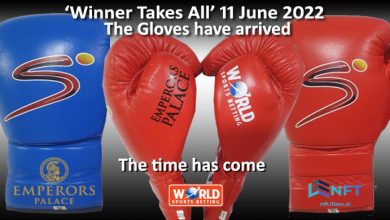 The Gloves have arrived! Countdown has begun. 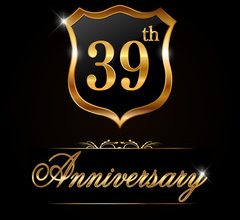