Ryno Liebenberg and trainer Colin Nathan leave for Germany on Monday where Liebenberg will fight Enrico Koelling on October 1. This is part of an interview Nathan recently gave for a German media audience.

Boxing seems to be a family business, your late father being a former cutman. How did you become so passionate for the sport?
‘I’m just so energised by the ethos and quality of fighters, as people and as boxers. Whoever comes through the door of the gym is equal in my eyes. I love the sport and its passion. I always have.’

You are an all-round talent in boxing – first being a bucket boy, then becoming a commentator, manager and now a trainer. How would you rate the German boxing scene and do we have a current fighter one should keep an eye on?
‘The German fight scene is very solid. There are many good fighters, but I won’t single one out. The scene is active and the Sauerlands are easily the number one promoters out there. The way I see it, the sport is on a roll in Germany.’

You have some “inventive” training methods, which your prodigy Ryno Liebenberg works out to, as seen on his social media channels. Is it just entertainment or is there an actual benefit to it?
‘Of course there’s a benefit. People can laugh, but Ryno is always in condition and is a good fighter. He’ll be ready to rawl [fight]. He could swim with Donald Duck for all I care. Whatever it takes.’

Regarding Ryno Liebenberg: is he really the hard man he represents with his statements?
‘Oh yes! He has a never-say-die attitude. You might knock him down, but he’ll get up. He comes from a tough part of town, he’s an ultimate fighter. He’s been on an incredible journey which will revitalise itself when he beats Koelling on October 1.’

You already made some world champions – has Ryno the potential to join that list?
‘He’s probably in the final phase of his career, but I believe he can have another run at that level.’

What strengths and weaknesses do you see in Koelling?
‘You think I’d be stupid enough to tell you?’

How would you rate Koelling in comparison to Ryno’s previous opponents?
‘Koelling is a different kettle of fish. Ryno fought a runner (Skoglund) in his last fight. Koelling is not that kind of guy.’ 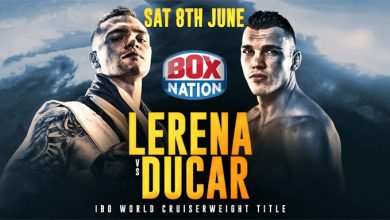 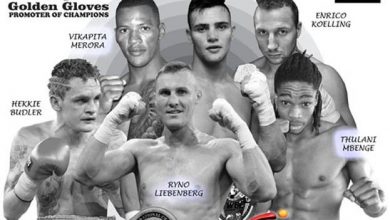