Four days out from his IBO championship fight and Kevin “Two Guns” Lerena couldn’t be more focused, or confident. The high-riding cruiserweight faces the biggest test of his pro career when he fights Youri Kalenga at Emperors Palace on Saturday. We asked him the key questions:

Hi Kevin. You’re a few days out from your big fight against Youri Kalenga. You’re well ranked – number five in the WBA, number two in the WBO – so you must preserve that standing. How do you feel?
‘It’s important, of course. The only way forward is to keep winning.’

It’s fair to say your last two fights were fairly regulation standard; you weren’t too troubled. Is Kalenga your toughest opponent to date?
‘In some ways yes, in some ways no. He’s a very tough nut.’

This is your first crack at a big title. How important is it?
‘Very. Winning is the most important and this is the first big step to bigger things. A win can open doors.’

Style-wise, what do you have to bring on Saturday night?
‘I’ve got to be smart. I’ve got to control the pace through all 12 rounds.’

What are your impressions of the cruiserweight Super Series?
‘It’s a pity it’s happening without me. But I’ve just got to keep winning. I’m going against convention; I reckon Oleksandr Usyk wins. Dimitry Kudryashov, the Russian, is the dark horse. And look out for Murat Gassiev, the IBF champion.’

A few years ago, Kalenga fought Roberto Bolonti and struggled to get him out of there. You also fought Bolonti and found him awkward. What sort of line through the fight does that common opponent offer?
‘Each opponent brings something different. I also found Bolonti tough . . . he doesn’t engage. Bolonti got tired against Kalenga and then got kayoed. But Kalenga never had it easy.’

What can fans expect on Saturday?
‘A good show; a show for the fan. They’ll see a very smart Kevin Lerena.’

There’s a sense that you often fight purely at the level required to win, as we saw against Vikapita Meroro and Sergio Ramirez recently. Does your performance depend on the challenge?
‘In those cases, yes. When the opponent is better, I’m better. Then I’m ready to go, like this weekend.’

How do you wrap up your preparations in the next few days?
‘I do a lot of visualisation, thinking about the fight. Combinations play out in my mind. I’m just sharpening up physically, working at making the weight.’

You were recently married and became a dad. How has that changed you?
‘It’s made me more determined to be successful. I fight for my family.’

Thanks Kevin. Best of luck! 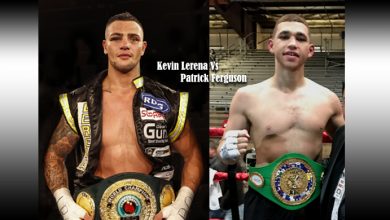 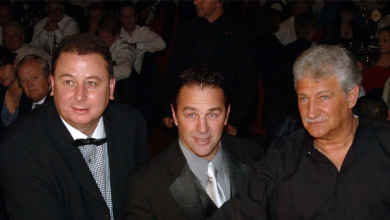