The big moment South African boxing was waiting for finally happened on a Monday night at a packed Ellis Park Rugby Stadium. The man with the silver lock of hair, big punch and aggressive, crowd pleasing style finally received his chance at a coveted world title when he challenged WBA junior middleweight champion, Davey Moore.

That man was, of course, “The Silver Assassin,” Charlie Weir and an enormous weight of expectation rested on his shoulders. Moore may have been the undefeated champion, but he only had nine fights under his belt, having wrested the title from Tadashi Mihara in Japan a mere two months earlier.  Although Moore was a decorated amateur, Weir was vastly more experienced as a professional with 31 bouts under his belt and riding a 13-fight knockout streak to boot. It was perhaps not surprising that many pundits considered a Weir victory a mere formality, the slipups against Joseph Hali and “Tap Tap” Makhathini a distant memory.

Instead, ringsiders were in for a massive disappointment. After a good start by the South African, Moore knocked Weir down with a left to the head in the second round and that was the beginning of the end. As the rounds went by, Moore put Weir on the canvass three more times and when Weir went down for the fifth time, he didn’t get up and was counted out at 0:39 of the fifth round.

Weir had nothing but heart to offer on his biggest night. It was a devastating defeat, not only for Weir but for all those around him. Perhaps the fight was cursed from the start. The bout was originally scheduled to take place on the Saturday, but heavy rain forced a postponement to Monday and promoter, Rodney Berman, believes that was a factor. “Something just wasn’t there come Monday. I think that doubt started setting in his mind.” On top of that there were also rumors that Weir and trainer Billy Lotter went to the gym on Saturday evening and had a 12 round sparring session to get rid of his pent-up energy.

Whatever the truth was, Weir was undeniably something special. He fought twice more, scoring knockout victories over South African champion, Coenie Bekker and future WBO world welterweight champion, Manning Galloway, before retiring with a record of 31-3 with an incredible 28 knockouts.

Berman sums it up: “In all my 42 years in the sport, Charlie Weir remains my biggest drawcard.”

MMA star does deal with Berman 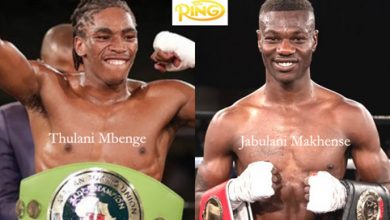 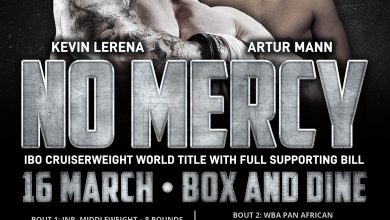 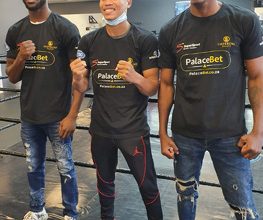