It is hard to believe that it has been seven years since one of the most exciting fighters to appear on the South African scene left us prematurely at the age of 48, the victim of a heart attack.

In his day, Johnny du Plooy lit up local rings with his take-no-prisoners style and undoubted charisma. Sometimes he shined and sometimes he disappointed but he filled arena seats and was must watch TV. The talented Du Plooy had a meteoric rise, running his record to 17-0, all but two of those victories by knockout.

Among those wins were some well-known international names. World title challenger, David Bey, made Du Plooy work hard but eventually the big American succumbed in the ninth round. Then it was the turn of James “Quick” Tillis. He too had challenged for the richest prize in sport and was no stranger to South Africans, having gone the distance with Gerrie Coetzee. He also managed to go the full ten rounds with a young upstart called Mike Tyson. The American showed his experience but Du Plooy finally broke through in the tenth round, hurting Tillis and letting rip with a follow up barrage of punches to force the stoppage. Just like that, he managed to do something that Gerrie and Mike Tyson failed to do.

It was time for the next step in the form of former WBA heavyweight champion, Mike Weaver. The two met in 1987 at the Rand Stadium amid lots of fanfare. Du Plooy started well, staggering Weaver several times in the first three rounds but then things started to go wrong when Du Plooy injured his left hand. Sensing that Du Plooy was in trouble, Weaver started coming on and had him in trouble in the sixth round. Fighting Weaver with one hand was too much and his corner pulled him out of the fight, giving Weaver a TKO victory and handing the South African his first defeat.

A rematch was a natural and this time, Du Plooy left no doubt, knocking Weaver out in the second round. It was a spectacular victory and expectations soared. He was now a red-hot prospect and ranked in the top ten in the world, but it was to be the start of erratic performances.

In his next fight, James Pritchard was not expected to give him much trouble, but he was considered lucky to salvage a draw. Then it was off to the US to take on Renaldo Snipes. Du Plooy had Snipes in trouble in a wild affair, splitting his lip wide open but ran out of gas. In the seventh round he went down without taking a punch, got up, walked to his corner and simply quit.

The press went to town but then Du Plooy redeemed himself in his next fight, finally solving the Pritchard riddle, stopping the American in the tenth. After two more wins, one of them a knockout of Everett Martin who took almost everyone including George Foreman the distance, he got a chance to fight Olympic Silver medalist, Francesco Damiani, in Italy for the inaugural WBO world title in 1989. It was not to be and Damiani knocked the South African cold in the third round.

Du Plooy would be in one more huge fight, taking on local rival Pierre Coetzer at the Superbowl. Coetzer stopped Du Plooy in the second round in one of the most intense ring wars in South African history. Ironically, in defeat, Du Plooy covered himself in the glory that was often missing from his victories. He bashed his opponent around the ring in the first round, knocked him down in the second and was on the cusp of winning before a bleeding Coetzer came roaring back. Even then, he got up from two heavy knockdowns, showing the heart that many thought he lacked.

He may not have had the chin or the consistent conditioning to go all the way but the talent, charisma and power was never in any doubt and when gazing at empty seats, one can be forgiven for thinking, “If only we had a Johnny du Plooy..” 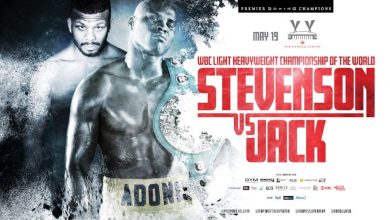 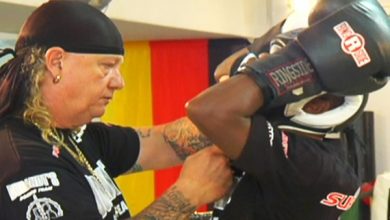