Whilst Seferi might have disappointed, it is interesting that he was considered tough enough to headline the bill against Tyson Fury and that he also acquitted himself well in the Heavyweight Division.

In his penultimate fight, Seferi fought FIRAT ARSLAN, who is ranked number 5 in the WBA, number 9 in the IBF and number 3 in the WBO.

Again, enough said, that “2 Guns” power was just too much, and he was annihilated in three rounds. 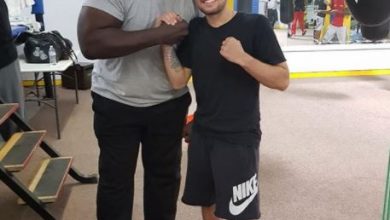