It’s just as well that Paul Kamanga is a committed fighter.

He will have to be because Russia’s Roman Belaev (15-1) is coming to South Africa to do a job on the 22-year-old.

The Russian informed Golden Gloves at the weekend that he intends arriving in SA fully 10 days before the March 19 fight at Emperors Palace, with his own sparring partner in tow.

So confident is Berman in Kamanga’s prospects he has already inked a three-fight deal with US promoter Art Pelullo. If Kamanga (18-0) emerges unscathed next month, he’ll fight in the US in April.

Kamanga himself is leaving nothing to chance. He’s roped in conditioning expert Caz Abrahams, who also works with Hekkie Budler, and has already settled into the rhythm of training camp.

Belaev has one advantage in that he most recently fought just over a week ago, decisioning Ramon de la Cruz Sena of Argentina in Germany.

“By all accounts he looked outstanding,” said Berman. 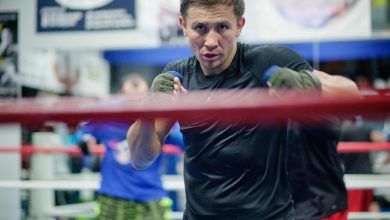 Brian Mitchell on Hekkie, Hall of Fame and helping out