Boxing fans and scribes can often be a negative bunch. Sure, the fight game has more than its own share of problems but sometimes we forget to notice when the sun finally starts shining.
The fine victory of junior lightweight, Azinga Fuzile, this past weekend in Las Vegas in an IBF world title eliminator has people talking about the sport again. Before that, another South African, junior flyweight Sivenathi Nontshinga, also won an IBF eliminator.
On Friday, Ryno Liebenberg takes on Fedor Chudinov in Russia for the WBA interim world title and in July it will be Kevin Lerena’s turn when he takes on WBA cruiserweight world champion, Ryad Merhy.
In between those fights, fans will be treated to the local welterweight super fight between Jabulani Makhense and Thulani Mbenge, as well as Lodumo Lamati fighting for the vacant IBO junior featherweight world title against Mexican, Jose Martin Estrada Garcia on the 19th of June at Emperor’s Palace on a card entitled “Generation Next.”
As the saying goes: “Boxing is always dying until the next star comes along.” Who will that be? It is an open question, but South African boxing does not lack for talent. “It does not matter to me that some of these fighters are with other promoters. If they do well, it is good for the sport and that helps all of us in the end,” says Golden Gloves promoter Rodney Berman.
Undefeated Lodumo Lamati has a golden opportunity to get some momentum going in a career that was plagued by inactivity. The IBO world title has historically been a career booster, many of the organizations’ champions like Hekkie Budler, Nkosinathi Joyi and Moruti Mthalane going on to win world titles in other sanctioning bodies as well. With the junior featherweight division historically being home to some big names like Welcome Ncita, Vuyani Bungu and Lehlohonolo Ledwaba, the pressure to perform is there and it remains to be seen whether Lamati can follow in the footsteps of those legends.
The Mbenge-Makhense showdown has everything that a compelling fight need.
Firstly, there is the background story. The undefeated young gun, Jabulani Makhense, is out to make a name for himself against a more seasoned opponent. He is coming off a less than impressive win in his last fight and he will be eager to regain any momentum he has lost. Thulani Mbenge is a former IBO world champion, and he will be just as eager to show that he is still South Africa’s top welterweight in this revival of the Limpopo-East London rivalry.
Then there is the blend of styles which seems sure to deliver the action. Makhense is the rangy, smooth boxer. Mbenge is the hard hitter. Will Makhense be able to frustrate Mbenge and keep him off with his jab? Or will Mbenge break through and land that knockout punch? Perhaps we could see another classic like Phillip Ndou-Cassius Baloyi or Harold Volbrecht against Phumzile Madikane.
Keeping with the theme of local rivalries, cruiserweight Akani Phuzi will be looking to reverse his first defeat when he takes on Johnny Muller in a rematch over ten rounds. The last time they met, Muller gave the young upstart a boxing lesson. Will it be repeat or revenge?
Junior middleweights, 4@War winner Brandon Thysse and runner up Roarke Knapp will be showcased in two separate eight round bouts as well. Thysse takes on Tomi Silvennoinen from Finland while Knapp goes up against undefeated Benoit Makangila from the DRC. Will either fighter go on to international honors? An impressive performance on the 19th will be a prerequisite.
As promised, Golden Gloves is also doing its part for the future of the sport. Five four rounders and a six-round junior middleweight bout featuring hot prospect, Shervontaigh Koopman, is also on the program.
These bouts will form part of a separate development leg of the tournament and will take place at the same venue just before the main card, starting from 14:30. The early start is because of the new COVID19 related curfew.
All the bouts will be broadcast live by Supersport. What a bonanza for boxing fans!

‘The Rock’ primed to bamboozle Bejenaru 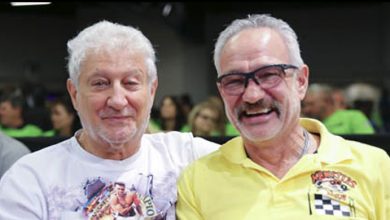 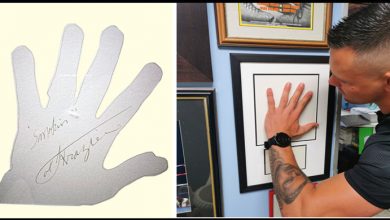 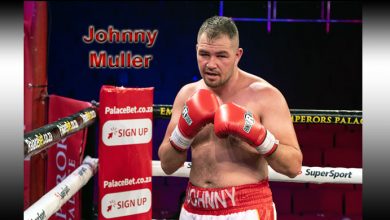 Big opportunity for Johnny Muller in March. Watch this space!!