SA welterweight champion Shaun Ness and challenger Ayanda Mthembu capped a fine afternoon’s boxing with a rousing 12-rounder in the headliner of the “Prospects of the Palace” event on Sunday.
The pair set a cracking pace and were full value throughout. Ness’ accuracy and workrate ultimately proved the difference and he prevailed by scores of 117-113, 115-114, 117-111.
Mthembu, from KZN, appeared to struggle with the altitude and copped a heap of punishment in the eighth round, in particular, as Ness teed off with multiple right hands. It was a miracle Mthembu stayed on his feet, but he was rugged and determined and relied on gamesmanship, repeatedly spitting out his mouth guard to buy time.

Southpaw Ness landed his left hand at will, an underrated punch that gave him much leeway throughout. He stunned Mthembu in the fifth, too, but was unable to pull the trigger.
Mthembu was brave and belligerent, but ultimately lacked the skills to ever threaten an upset.
It was an encouraging first title defence by the champion, who can look forward to more decent pay days.
DeeJay Kriel, meanwhile, ought to have headed straight to the casino after his fortuitous TKO win over Nyelesani Thagambega. He was extremely lucky to gain the win after being dumped twice in the catchweight fight and having played second fiddle throughout. With his sort of luck, he wo uld have made a fortune on the roulette table at Emperors Palace.
Thagambega seemed well set for a points win, but in a strange sequence of events, he threw a punch, missed and spun around. Momentarily disoriented, he straightened and turned round, only to see referee Simon Mokadi wave off the action in round seven. His shock reaction said it all.
The rules are clear – boxers are not allowed to turn their backs – but Thagambega never did so consciously and, besides, he was well ahead. He had no reason whatsoever to seek refuge – he was winning!
It was a rotten outcome for the youngster, who had fought his heart out on a big stage. Few gave him a chance, but he gave Kriel hell and it’s tribute to Ruben Rasodi for such excellent match-making.
In the cold light of a new day, Kriel will know that he missed a bullet. He was sent reeling in the second and the fourth and although he fought bravely thereafter, he had little answer to Thagambega’s vicious right hand.
Given the sour ending, a rematch must surely be on the cards.
As ever with the prospects events, there were fireworks on the undercard. Welterweight Thulani Mbenge has all the hallmarks of a future champion. He fights with style and swagger, as unbeaten Zenzile Mtanze found to his cost.
Mbenge was all over him like a bad rash, pumping out a mean jab and ramming home heavy right hands at will. Mtanze’s corner threw in the towel in the last minute of the first round, a sensible, sensitive option given how their man had been handled.
Here’s hoping we see more of the winner, who looks very exciting.
Earlier, junior-lightweight Lucky Monyebane was also in no mood to hang about. The southpaw’s right hand worked a treat and he smashed unbeaten Caiphus Thomas to the canvas in the first round to earn a TKO. Better still, he earned the applause of a caravan of travelling fans who hoisted him aloft on a happy procession to the change room. Monyebane has come on tremendously under Harold Volbrecht and is well worth keeping an eye on.
You sense that Chaz Wasserman and Fiston Kabamba could fight another six times and nothing would separate them.
The light-heavyweights fought to a draw for a second time, although the quality was much improved on their first bout. Wasserman started well, but Kabamba hit his stride in the second and thereafter it was neck-and-neck as they sought to gain the upper hand. But there was no doing with the judges evenly split with one giving it to Kabamba, another to Wasserman and the third scoring it even.
Earlier, bantamweight Ephraim Chauke had a huge advantage in height and reach over Morapedi Khotle, but he never made it count and had to settle for a draw.
In an explosive show opener, John Bopape had hapless Andile Mabilisa down three times in the first to win their junior-middleweight bout by TKO.
Share
Facebook Twitter Google+ LinkedIn StumbleUpon Tumblr Pinterest Reddit WhatsApp Share via Email Print 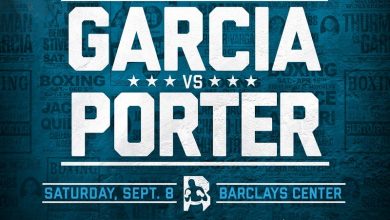 Revenge in the air as rematches dominate