The loss of Hekkie Budler’s IBO title will have an upside for SA boxing.

While Budler lost to Rojas, the belt in fact became vacant because Rojas’ camp refused to pay the sanction fee.

Spotting the gap, promoter Rodney Berman wasted no time in pitching a first-class fight for the vacant belt between South Africans Simphiwe Khonco and Siyabonga Siyo. It is set for June 11 at Emperors Palace.

Khonco, the WBA number nine, most recently gave Budler a formidable scrap for his titles, while Siyo is ranked number five by the WBA and is unbeaten in 10 fights.

(Budler has since dropped to number four after his shock defeat).

Like Khonco, Siyo is from the Eastern Cape, ensuring a spicy backdrop to the fight.

“It’s a fantastic fight for South Africa and I’ve agreed in principle to working with [promoter] Andile Sidinile in putting it together,” said Berman.

Khonco recently signed with trainer Colin Nathan and moved to Johannesburg where he enjoys top-class sparring against stablemates Budler and DeeJay Kriel. He also shares a house with Xolisani Ndongeni.

Siyo is little-known beyond the confines of the Eastern Cape, although Sidinile is high on his prospects, predicting him to be championship material.

Last year he won the WBA International belt, although he’s yet to be tested beyond his cosy Eastern Cape heartland. 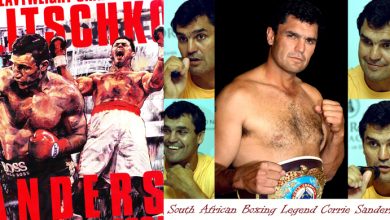