Despite the cruiserweight dropping off next month’s US bill due to red tape, Lerena will still fight in April with Rodney Berman bringing in Mexico’s Sergio “Tota” Ramirez, a heavyweight who will drop down a division for his crack at the South African.

Ramirez (13-2) was schooled in the hard-scrabble gyms of Tijuana where fighting is practically a hobby among local men.

“We worked around the clock to get him,” said Berman. “He’s not rated, but he’s a really good trial horse. I’m told he’ll give Kevin a full go.”

The April 23 tournament at Emperors Palace has gripped the public’s attention, Berman confirming that golden circle tickets had all been snapped up. He said that this was due primarily to the pulling power of Lerena and Thulani Mbenge. 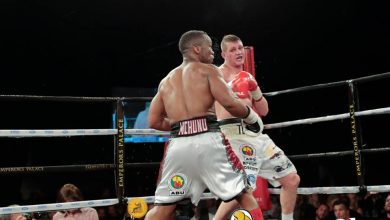