Like Jan Bergman, Malcolm “The Stone” Klassen hailed from Toekomsrus, but his career started with substantially less fanfare. He lost a few early fights, one of them to future world champion, Takalani Ndlovu, before starting to find his groove, winning the South African featherweight championship in 2005 against Edward Mpofu on a split decision.

Three wins later, he unexpectedly found himself fighting for a world title, challenging Cassius Baloyi conqueror, Gairy St Clair from Australia for the IBF junior lightweight title at Emperor’s Palace. He came in as a substitute for Baloyi who could not come to terms for the rematch against St Clair and not many gave him a chance. Klassen was undoubtedly talented, a great combination puncher with decent power but there was no one on his 18-3-2 record that suggested he was ready for an experienced international campaigner.

Cometh the hour, cometh the man and Klassen surprised friend and foe on the night, grabbing his opportunity with both hands. He outworked and outmaneuvered St Clair, raking him with combinations and showing some impressive body punching. When the decision was announced, one of the judges inexplicably had the fight 115-113 for St Clair but he was overruled by the other two judges who gave it to Klassen by comfortable scores of 117-111 and 118-112. With the Cinderella victory, Klassen became South Africa’s third holder or the IBF junior lightweight world title, along with Brian Mitchell and Baloyi.

St Clair fought on, winning some and losing others. He continued to show his toughness, losing decisions to Baloyi in a rematch, a young Amir Khan and Lovemore Ndou but never won a world title again.

Klassen, almost an accidental world champion, became a mainstay in South African boxing over the years to come. He lost the title on a close split decision to Mzonke Fana before regaining it in 2007 by destroying Cassius Baloyi in seven rounds. He lost it again to multiple weight world champion, Robert Guerrero, but continued to compete on the international level, even adding the IBO junior lightweight title to his collection in 2016, outpointing Jack Asis.

He called it quits in 2018 after a long career, a two-time IBF junior lightweight world champion, compiling a record of 34-9-2 along the way. 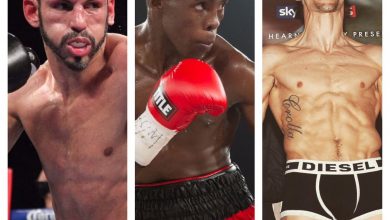 Title path opens up for ‘Nomeva’ 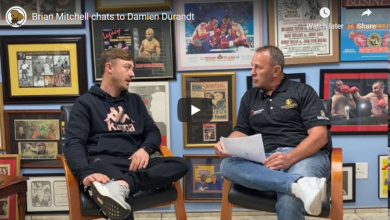