For nine rounds the pair waged an absorbing war. In the 10th, like a hungry shark sniffing blood in the water, Kevin Lerena sensed weakness and then swarmed all over Johnny Muller, forcing a dramatic stoppage in the headliner at Emperors Palace on Sunday afternoon.

Lerena’s sense of relief at getting the win was palpable. The cruiserweight roared his approval and then posed like a preening peacock on the ropes. “I told you so!” he bellowed to a crowd that came out in big numbers to support him.

After a great start, Lerena’s energy sagged through the middle rounds and Muller seemed to be in the ascendancy. But that all dramatically changed in the 10th. A big left hand from Lerena caught Muller cold. The SA cruiserweight champion then waded in, two clubbing right hands having the effect of putting Muller somewhere between nowhereland and lala-land.

A weary Muller then got to his feet, only to be waved off by referee Jaap van Niewenhuizen, who never bothered to count. Muller has the heart of a lion and his camp will doubtless protest the decision, but that was no problem to Lerena who exploited the gap in Muller’s defence.

It wasn’t Van Niewenhuizen’s finest moment and earlier, in the first, he ruled that Muller had gone down from a slip when in fact a left hand from Lerena had put him there.

The fight lived up to the hype in every way. Both boxers set a frantic pace and it was a give-and-take affair. Muller was more effective on the outside where he put punches together, often flustering Lerena whose only defence was to cover up. Lerena unloaded to great effect, though, and never allowed Muller to completely assert himself.

So confident was Lerena that in a clinch in the fourth round he leaned over and gave promoter Rodney Berman a wink. Ironically, his game plan went south almost from that very moment as he seemed to run out of ideas.

Muller was coming on strong, his accurate punches doing the world of good. Lerena looked best when combination punching, but there wasn’t enough of it. Until the 10th when Lerena found his opening and attacked with brutal intent.

Lerena had smartly kept quiet in the build-up. There was no tasteless bragging and threats of all-out violence. What he promised he delivered, and that was to make the adjustments necessary to avenge his only career defeat.

He went for broke and he earned the highest dividends.

A disconsolate Muller went to his corner, cursing his failure and promptly took a swipe at the corner cushion. He need not be too disconsolate. As we know too well, he will come again.

In the main undercard bout, DeeJay Kriel was given an unexpectedly tough time by little-known Ayanda Dulani.

The pair drew over four rounds. Kriel was fast and accurate, but Dulani never stopped coming and pressed the action throughout.

Fighting with a swagger, Studdard took charge early and it paid off. In the second, a right hand counter put Jelwana down, although the referee mistakenly ruled it a slip. Studdard continued to stalk him and finally unloaded the bomb in the third, a left hand following a flurry of punches.

This is likely the last we will have seen of Studdard at junior-bantamweight. Co-promoter Jeff Ellis said that Studdard struggled with the weight and would in future campaign two divisions higher; an intriguing prospect given his healthy size and formidable power.

Junior-lightweight Lucky Mongebane got back in the win column with an impressive first round stoppage over Sipheshle Malinga.

Blessed with fast hands, Mongebane made it count as he twice put Malinga over – the second time at the 3:42 mark! Presumably the timekeeper was mesmerised by the action.

Mongebane’s large army of supporters were delirious at the outcome and added to the tremendous atmosphere in the casino venue.

In other action, bantamweight Ronald Malindi was given a tough outing by Ronnie Chiloane, who pressed hard, but couldn’t quite fathom a way past Malinda’s exceptional height and reach.

Earlier, Stirling Shaw moved to 3-0 with a fourth-round TKO against debutant Tumi Nakedi and John Bobape won via early TKO over Joseph Ndou.

Co-promoters Berman and Ellis must be commended for putting on a high-quality bill. AS they have learned, the prospects come to fight and when they are well matched the action is red-hot.

Throw in a main fight with needle and you have the makings of a fantastic afternoon’s boxing.

Roll on the next one! 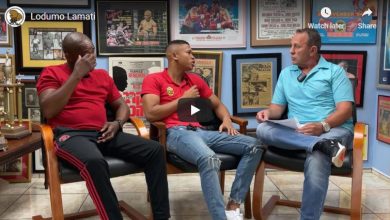 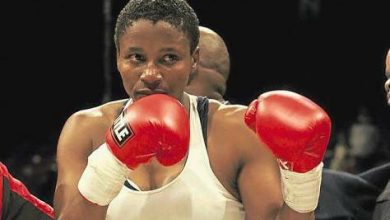