With word from DeeJay Kriel’s camp that he is well on track for his first major title shot later this month, the undercard for the July 23 “Amabhungu Ak’sasa” card at Emperors Palace is stacking up nicely.

Two of the best South African amateur boxers from recent years will appear, chief among them Lerato Dlamini, an explosive puncher fast making his way through the pro ranks. His opponent is still to be confirmed for their junior-lightweight encounter.

Featherweight Ayabonga “Jay Jay” Sonjica will have his third pro outing against Alex Lunti. He’s a perfect 2-0 with two knockouts and has already attracted much interest.

Colourful middleweight rookie Wade Groth will also make his Golden Gloves debut. Groth was a standout performer in local mixed martial arts before transitioning to boxing under Anton Gilmore. He’s banged out four from four so far, no doubt a result of having a top-class striking game in MMA.

He hits hard, but his defence can be scratchy, ensuring he’s never in a bad fight. We’ll know more after his four-rounder against Benjamin Nhabe.

Rounding out the excellent tournament is a cruiserweight bout between Chris Thompson and Tshilidzi Mulaudzi and a junior-welterweight four-rounder featuring Jabulani Makhense against Khodani Tshiakale.

Kriel tops the card in a 12-rounder against Dexter Alimento of the Philippines for the WBC International minimumweight title. 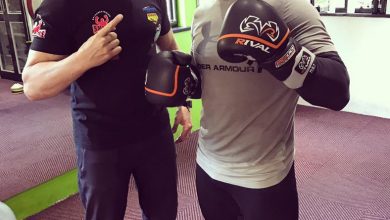