Golokvin is preparing for a highly anticipated showdown with undefeated IBF welterweight champion Kell Brook (36-0, 25 KO’s) on September 10 at The 02 in London.

Gonzalez is training for an extraordinary fourth division world title challenge as he moves up to super-flyweight to challenge WBC super-flyweight champion Carlos “Principe” Cuadras, (35-0-1, 27 KO’s) also on Saturday, September 10 at The Fabulous Forum in Los Angeles.

The four undefeated world champions, boasting a combined record of 151-0-1 with 122 knockouts, provide a spectacular array of undefeated, world-class talent. 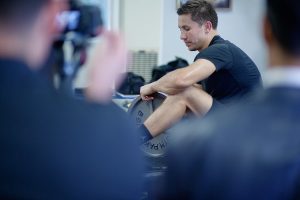 “Right now my focus is on Kell Brook, he signed the contract and that’s who I’m ready to fight, I have a great deal of respect for him,” said GGG. “This is my first fight in England and I’m very excited to fight in a new country. I want to unify the middleweight division titles but I don’t know if WBO champion Billy Jo Saunders will fight me. Move up to 168 for what, who is going to fight me there, which champion at that weight will agree to fight me for a big fight?

“Right now I make 160 easily so I’m comfortable here, look at me, I’m regular size middleweight. Just too much talking about fighting me . . . Canelo, Eubank, Saunders, Froch, they are acting like clowns with no respect for the sport. I’m here now, sign the contract and fight me, any of them, doesn’t matter which one.” 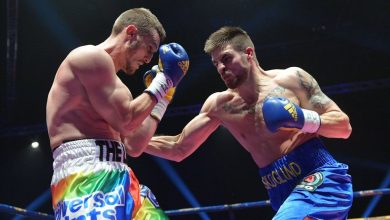 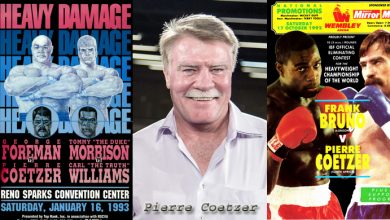 Pierre Coetzer, the blood and guts warrior of SA heavyweights