Like an eager pupil, boxing tyro Keaton Gomes is lapping up the lessons taught by his trainer Peter Smith.

The KwaZulu Natal prospect has been in Smith’s Joburg for several months, honing his game in preparation for his professional debut next month.

“He’s raw and not yet ring smart, but I see a lot of potential,” said Smith on Monday. “The kid has a big heart and works hard. Style-wise, he fights like Tommy Morrison. He’s very strong, very smart . . . he wants to do well and is learning quickly.”

Although Golden Gloves has designs on the 19-year-old fighting as a heavyweight, Smith intends first building him as a cruiserweight given that his current weight is in the early 90-kilo range.

Smith says that Gomes is anxious to break the ice given the extended build-up to his pro career after a 30-fight amateur career. He says he’ll have him ready and hopes to keep him busy before an assault on the heavyweight scene in around three years.

Meanwhile, Smith recently met with MMA star Boyd Allen, but the pair haven’t yet figured out if they’ll work together in boxing in future. 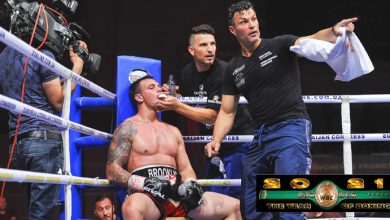