A rare boxing event takes place this weekend in New York – a clash between two unbeaten fighters in their prime.

The tournament will be broadcast live from Brooklyn on SuperSport 7 from 3am on Sunday.

Santa Cruz, who beat SA’s Vusi Malinga in 2012, has ascended to the upper reaches of boxing’s pound-for-pound lists on account of his excellent record. He has won 11 championship fights across three weight divisions, beating seven current or former champions along the way.

The Mexican, who will enjoy a height and reach advantage over Frampton, is an aggressive boxer who will present a tough challenge to the underdog.

Frampton shot to prominence after beating tough Scott Quigg before a 19 000-strong crown in Manchester in February. It was a performance that demonstrated his ability to fight in the trenches and crack hard.

Frampton is taking a calculated risk in stepping up a division in his bid to become Northern Ireland’s first two-weight world champion. Although he claims to have been drained at super-bantamweight, he could not have chosen a tougher opponent for his featherweight debut.

Santa Cruz may be the official favourite, but Frampton isn’t in New York for the payday. He’s as tough as they come and will look to bang hard and early. Whether he’s successful or not is moot, but the likelihood is that he and the champion will produce a rousing battle. 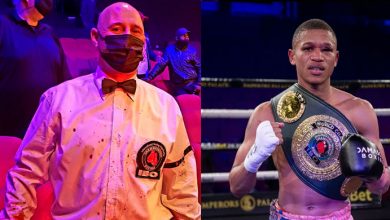