The Uzbek won the gold medal in the light-flyweight division earlier in the week and was so dominant at the Games that he is in line for the Val Barker trophy, awarded to the best boxer overall.

The former Soviet republic is a long way from South Africa, but this is where the 23-year-old will make his professional debut, most likely in December.

Promoter Rodney Berman said he would have pursued a South African (or African) Olympian, but for the first time SA had no participants and Africa’s contenders disappeared without a trace.

The champion is an exciting southpaw with super-fast hands and razor-sharp attacking instincts. 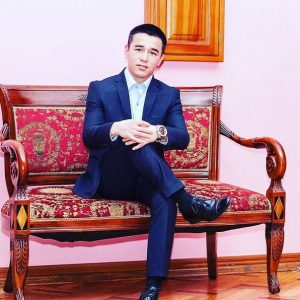 “You watch this kid and can’t believe how good he is,” enthused Berman. “Gennady Golovkin charted the course for Eastern Europeans becoming superstars in the west. We intend to do the same with Hasanboy, who is also charismatic and just a tremendous boxer. He isn’t amateur in the traditional sense, but a completely rounded boxer.”

Berman plans to showcase him first at Emperors Palace in December, followed by three outings in 2017.

The SA boxing scene is packed with light-flyweights and flyweights, so Berman doesn’t anticipate any problems finding opposition for the budding superstar.

“We’ve worked with Kazakh fighters in the past, so this isn’t entirely new,” said Berman, adding that it must still be worked out when and where Dusmatov would train for his fights.