Rodney Berman could have given Kevin “Two Guns” Lerena a soft touch for his first IBO cruiserweight title defence.

Instead, he’s signed up Ukrainian Dmytro Kucher, a tough customer who has been in with the likes of Enzo Macarinelli, Junior Makabu and Marco Huck.

The pair will headline the Emperors Palace fight card on March 3.

Kucher destroyed Macarinelli, the former WBO champion, in a single round last year and gave Makabu one of the hardest fights of his career, dropping a majority decision.

Boxing out of Kiev, Kucher (24-2-1) has carved out a successful pro career that now sees him rated number 13 by the WBC.

Berman paid tribute to Lerena, saying he had never baulked at a single opponent lined up for him. “Bring him on, we’ll do the business on March 3,” the confident champion told his promoter.

Speaking from Ukraine, where he is training in the mountains, Kucher said he had no issues fighting Lerena in his back yard.

“I saw his fight versus Youri Kalenga and know that he is a very tough and strong guy. For me it is not a problem to fight in South Africa. It’s a very good chance to win the title.”

Lerena did a number on Kalenga in September to claim the vacant International Boxing Organisation belt and is desperate to lure one of the big-name champions into a title fight.

The South African has shot up the rankings – he’s number four in the WBC and IBF – and has come a long way since his early years as an aspirant making his way at Emperors Palace.

Against Kalenga, a dangerous puncher, he showed his boxing smarts and frustrated the DRC fighter with his movement and counter-punching.

A long-time fan of Muhammad Ali and Lennox Lewis, Kucher is in talks to spar with highly regarded countryman Oleksandr Usyk, who is favourite to win the current Super Series tournament.

“My team is talking to him, as he also needs help to prepare him for Mairis Briedis. I don’t usually go for the knockout, but if I can, I will do it. This fight will show all,” said Kucher.

He says that his two defeats – to Makabu and Huck – serve as experience and motivation for the future. “It makes me stronger, as Lerena will find out.”

As an added incentive, Golden Gloves has arranged for the winner to tee off against dangerous Roman Golovashchenko (19-1) in Azerbaijan six weeks later. 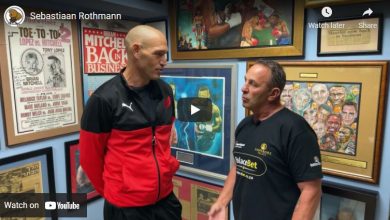 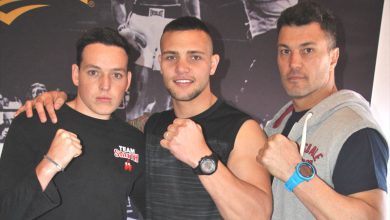 Happy, Happy Birthday Peter Smith From All The Guys At Golden Gloves