It’s a month out from his title crack and Kevin “Two Guns” Lerena is already looking sharp and ripped.

The world-rated cruiserweight put on an exhibition of speed and power during a public workout at the Smith gym yesterday. His sparring partner, perhaps surprisingly, was former rival Johnny Muller, who has been hired to push him as hard as possible in the lead-up to his IBO title shot against Max Maslov at Emperors Palace on August 12.

“The next four weeks are crucial,” said Lerena. “Sparring is war and we’ll be taking it up a notch from Saturday. I want hard sparring. Maslov is strong, I must be ready.”

Earlier, he and Muller engaged in 10 hard rounds, followed at midday by a couple more during the public exhibition.

Although there is no Russian opponent on his 19-fight ledger, Lerena has spent time in Russia sparring WBC champion Grigory Drozd and former champion Denis Lebedev. Tellingly, he felt comfortable, realising he could cope with their bombs notwithstanding their greater experience.

“The one thing, though, and I can’t explain it, is that Russian cruisers are far stronger than South Africans. They push hard. I expect Maslov will be the same, but I don’t believe he hits harder than Micki Nielsen. I’m going to outwork this guy.”

Also in action on Thursday was SA welterweight champion Thulani Mbenge, who lashed the hand pads with trainer Sean Smith. He, too, looked fired up for his first title defence against Mzwixolo Ndwayana of the Eastern Cape on the Lerena undercard.

Meanwhile, DeeJay Kriel weighed in comfortably ahead of time for his WBC International minimumweight bout against Dexter Alimento next weekend. Kriel, the picture of fitness, tipped the scales at 49,80kg. 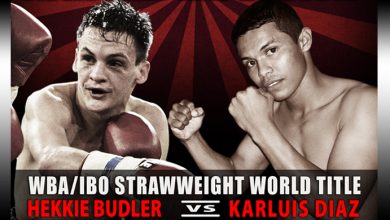 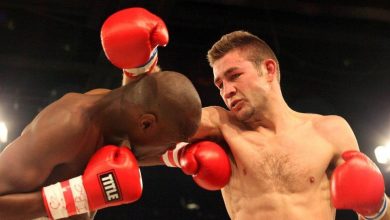 Top welterweights backing off ‘The Heat’ 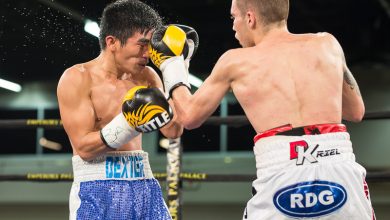