Recognizing Peter Smith’s accomplishment – Two fighters with non existent amateur experience, & under Peter both champions in their own right .

Kevin Lerena – IBO champion in his 19th professional bout!! Put into perspective, what an incredible feat &  moreover he is now recognized globally as one of the leading cruiserweight’s in the world.

Rowan Campbell – another with no amateur background & SA champ in his 7th pro fight .Going from strength to strength with each fight & rapidly gaining recognition as a serious prospect among the super middleweight’s.

Keaton Gomes – Kept under wraps,until Peter was satisfied that he could fight professionally, Peter is  honing him into the perfect fighting machine. Keaton is now earmarked for a youth title in May, in only his 6th pro fight. Take a bow Peter Smith!! 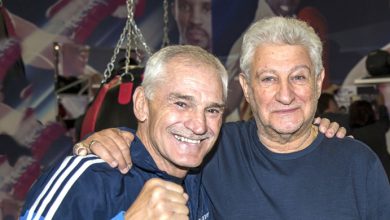