Strawweight, also known as minimumweight or mini flyweight, depending on the sanctioning body, is boxings lightest weight division with a limit of 105 pounds (48kg). It was first recognized by the IBF in 1987, Kyung Yung Lee becoming that organization’s inaugural champion by knocking out Masaharu Kawakami in two rounds.

South Africa has also left a mark on the division, Zolani Petelo, a southpaw from the Eastern Cape, becoming our first world champion, when he won the IBF title in Thailand by dethroning Ratanapol Sor Vorapin, stopping him in four rounds.

Beating any Thai champion in his backyard is an achievement in itself. He was facing a world champion with a 34-2-1 record with 27 knockouts. On top of that, Vorapin had made nineteen successful defenses of his title over two reigns. On paper, it looked like a complete mismatch, but fights are fought in the ring and Petelo sprung a massive upset.

It was no flash in the pan either and Petelo went on to make five successful defenses of his title before moving up a division to unsuccessfully challenge the great Ricardo Lopez, widely regarded as the best 105-pounder ever.

Another southpaw from the Eastern Cape, Nkosinathi Joyi, became our second world champion in the division, winning the same IBF title in front of his fans in East London by outpointing unbeaten Mexican, Raul Garcia in 2010. A great body puncher with power in either hand, the man known as “Mabere” to his fans, unfortunately had his title reign plagued by inactivity, defending it twice before losing it in 2012 to Mario Rodriguez in Mexico.

Then came Hekkie Budler. He captured IBO world titles at both junior flyweight and strawweight in descending order and then won the vacant WBA world title. He made four successful defenses of his WBA belt before losing his title on points to Byron Rojas in 2016.

His best victory was yet to come. He moved up to the junior flyweight division and after losing a controversial decision to Milan Melindo for the IBF title, he upset long reigning unified WBA, IBF and Ring world champion, Ryoichi Taguchi, in Japan in 2018. He subsequently lost his titles to another Japanese star, Hiroto Kyoguchi.

Who was the best?

With Budler and Joyi, at least, we do not have to speculate. The pair met in 2013, Budler winning a hard-fought split decision. How would they have gone against Zolani Petelo? We will unfortunately never know. 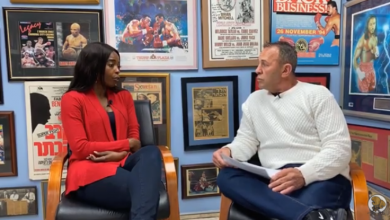