Prominent boxing historian Ron Jackson has just returned from a visit to England where he again attended the monthly meeting of the Brighton ex-boxers held at the The Nevill Pub in Hove.

All the members, including the chairman, Ernie Price, and one of the vice presidents, Barry Noonan, gave me a warm welcome and made me get up and talk on the state of boxing in South Africa.

I mentioned that we have a number of talented fighters in South Africa, but because of the economy and the high cost of bringing fighters from the major organisations like the WBA, WBC, WBO and IBF to stage world title fights in the country this was not possible due to the prohibitive costs.

South Africans have only taken part in 11 world title fights this year and local fans are missing out.

Outstanding champion fighters like Zolani Tete (WBO bantamweight), Hekkie Budler (IBF junior-flyweight) and Moruti Mthalane (IBF flyweight) are the only South African fighters to hold major belts, but because of economics they have been forced to challenge and defend their belts overseas.

Rather sadly local fights fans have been starved of world title action with only four IBO and two WBF title fights taking place on local soil.

Among the ex-fighters and officials I met was former world middleweight champion Alan Minter.

I also met up with Rosemary Ellmore, who took her cousin, Olympic gold medal winner in 1956 and former British featherweight champion Terry Spinks, into her home when he hit hard times.

Rosemary organised and campaigned to get Terry an MBE and in 2002 he was awarded the MBE.

Rosemary never gives up and is trying to raise enough money for a bronze statue of Terry to be erected in the Terry Spinks Place in Canning Town, London.

However, this is a mammoth task as the cost to erect a bronze statue is in the region of 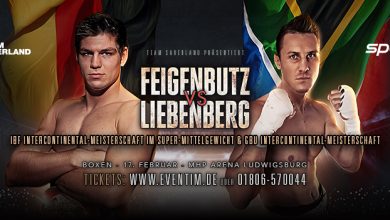 Ryno up against it 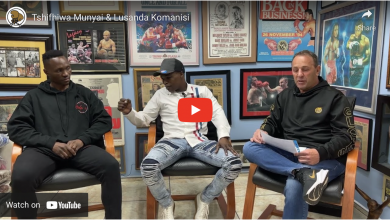 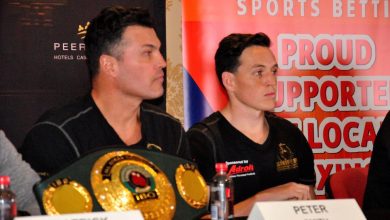