It will be a battle of southpaws when Chris van Heerden fights at Emperors Palace on October 22 after Golden Gloves secured the signature of Sacky Shikukutu of Namibia as his opponent.

It will be Van Heerden’s first fight in South Africa in over three years, having fought out of the American East coast in the interim.

After promoter Rodney Berman had contacted the camps of more than a half dozen prospective opponents, Shikukutu (22-3-1) was the first to accept the challenge. Presumably Van Heerden’s southpaw, all-action style wasn’t something they were prepared to face.

In his most recent fight the Namibian dominated Jason Bedeman for the WBO African belt. Better known as Izinyoka in boxing circles, he also gave a good account of himself two years ago when he pushed Frankie Gavin hard for the Commonwealth title, losing a decision in Gavin’s Newcastle back yard.

Trainer Colin Nathan, for one, wasn’t crowing about it being an easy fight for Van Heerden (24-2-1), who will fly in from the US a month before and base himself at Nathan’s gym.

“This is a very tough, very solid guy,” said Nathan. “I’ve seen him fight and he’s very capable. Chris will bring all his experience to the fight and I believe this will ultimately prove the difference.”

Van Heerden, the former IBO champion, is looking to work himself back into title contention. His career ticked over nicely in America, although he suffered his second career defeat last year when hot US prospect Errol Spence inflicted his first defeat in six years.

Fortunately he returned to the win column a few months later by outworking Steve Claggett.

Said Berman: “I have nothing but admiration for the way he shipped out and took on allcomers. He’s all heart whenever he fights, which local fans love. He’s always fit, a pleasure to work with. I’m looking forward to him getting the show on the road.

“I’ve done my homework. Shikukutu is a very credible opponent. I saw him box on SuperSport last year and he came through a tough fight. I’m very pleased he agreed, showing a level of courage many others don’t have.” 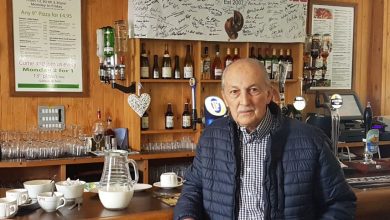 Jackson in among friends and fighters