Rodney Berman is fond of dishing out advice. Given his experience, it’s best to listen up.

“Nomeva knows,” he said, “you get just one opportunity to make a good first impression.”

The promoter was talking of the just-signed deal with Banner Promotions that will see Xolisani Ndongeni fight in the US in October, with the action to be broadcast on Showtime’s ShoBox.

It’s a golden opportunity for the 26-year-old, particularly as only a handful of South African boxers have had such a windfall. 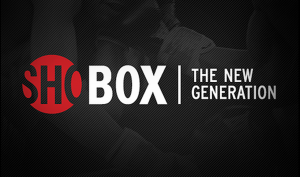 “Potentially millions of people will watch. He’s very charismatic and this is a major opportunity to show his wares.”

Berman also said it presented a long overdue payday for Ndongeni, whose recent career has been rocked by bad luck. He’s still to be paid for winning the Premier Boxing League tournament last February – the case is in litigation – and more recently the Eastern Cape promoter for whom he last fought failed to stump up his purse money.

Ndongeni has since struggled to put food on his table, plus his brother was recently murdered.

“I’m thrilled by this latest development,” said trainer Colin Nathan. “He deserves an upswing after all he’s been through.”

Berman believes that Ndongeni blends the right amount of shtick, unorthodoxy and charisma to crack the hard-to-please foreign market. But he’s made it clear that no-one has the patience for a low-key performance – the boxer needs to deliver emphatically.

“As IBO champion and the WBA number two, he’s poised for big things. When a top writer like Dan Rafael of ESPN takes notice, as occurred last week, you know the future could be very bright,” said Berman.