Rodney Berman has been around the boxing block too often to be seduced by a record pock-marked with wins and knockouts.

Even so, his admiration for new SA welterweight champion Thulani Mbenge is plain to see.

“Every now and again a special talent comes along and Thulani looks like he has something special,” reckoned the veteran promoter. “He faced a tough guy in Shaun Ness, but the way he broke him down was outstanding. He was calm, measured, took his time. There are some rough edges, but he’s very exciting and will continue to learn.”

Mbenge now has 10 stoppages in his 10 wins and is well on his way in the pro ranks. His next outing will represent a big step up – in June he will fight WBO number 15 Jayan Inson (13-0) of the Philippines, who recently gatecrashed the rankings after climbing two divisions to KO Japanese fighter Ryota Yada in Japan.

The unbeaten southpaw is the WBO Asia Pacific welterweight champion.

Berman was also impressed by DeeJay Kriel, who overcame a tough challenge from Xolisa Magusha, who also earned due praise.

“He was just terrific. That was two outstanding young strawweights we saw on Sunday and in fact I’ll be giving Magusha another opportunity. We’re blessed to have this much talent.”

Lucky Monyebane’s Gauteng title win was also roundly celebrated by Golden Gloves, who eight years ago joined hands with the local community from where he originates. He was a young man at the time, but he came of age on Sunday as he destroyed Dlamini.

“[Trainer] Harold Volbrecht has done tremendous work with him. He’s a marvellous talent who can have a good run at the weight. As for the rest of the youngsters on the show, I was delighted with how they fared.” 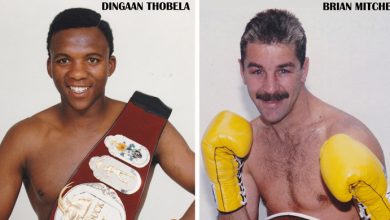 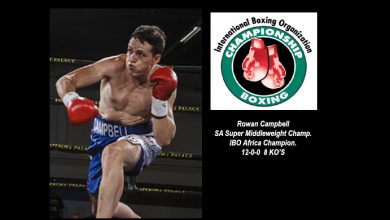