The busiest man in boxing this week might be trainer Colin Nathan.

He’ll spend the coming days putting the finishing touches to his trio of fighters appearing on the Super Four tournament at Emperors Palace and will then be involved in three back-to-back bouts with the boxers on the night.

“This is the stuff I live for,” he said, clearly undaunted by the challenge. “I relish this.”

Nathan is satisfied that his stable of fighters will be good to go. All three have worked hard and know what is expected.

Dlamini has arguably the toughest job given Vetyeka’s experience at the highest level. “I’m expecting a few surprises,” said Nathan. “Everyone has written Dlamini off. I’m a realist . . . Vetyeka hasn’t fought in a long time and is probably overlooking my kid. He’s up for a gruelling fight. I have a good feeling about this one.”

Liebenberg is at the opposite end of the spectrum, a veteran looking to remind a young upstart that he still has the goods. Nathan believes he does: “He’s in very good shape. His weight is good; dropping down to super-middle is maybe something he should have done years ago. He needs a very controlled attitude. He can’t afford to go wild with a puncher.”

Nathan also anticipates a hard night’s work for Kriel, whose learning curve has been sharp. “He faces a very capable opponent with an awkward style. I’ve seen him, having commentated on his fights. He’ll make DeeJay think. But if DeeJay is as good as we think he is, he’ll beat this guy.”

The action will be broadcast live on SuperSport 5 from 7.30pm. 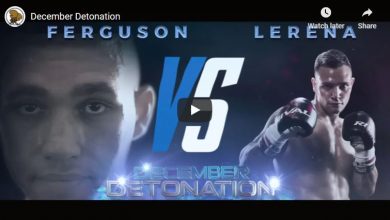