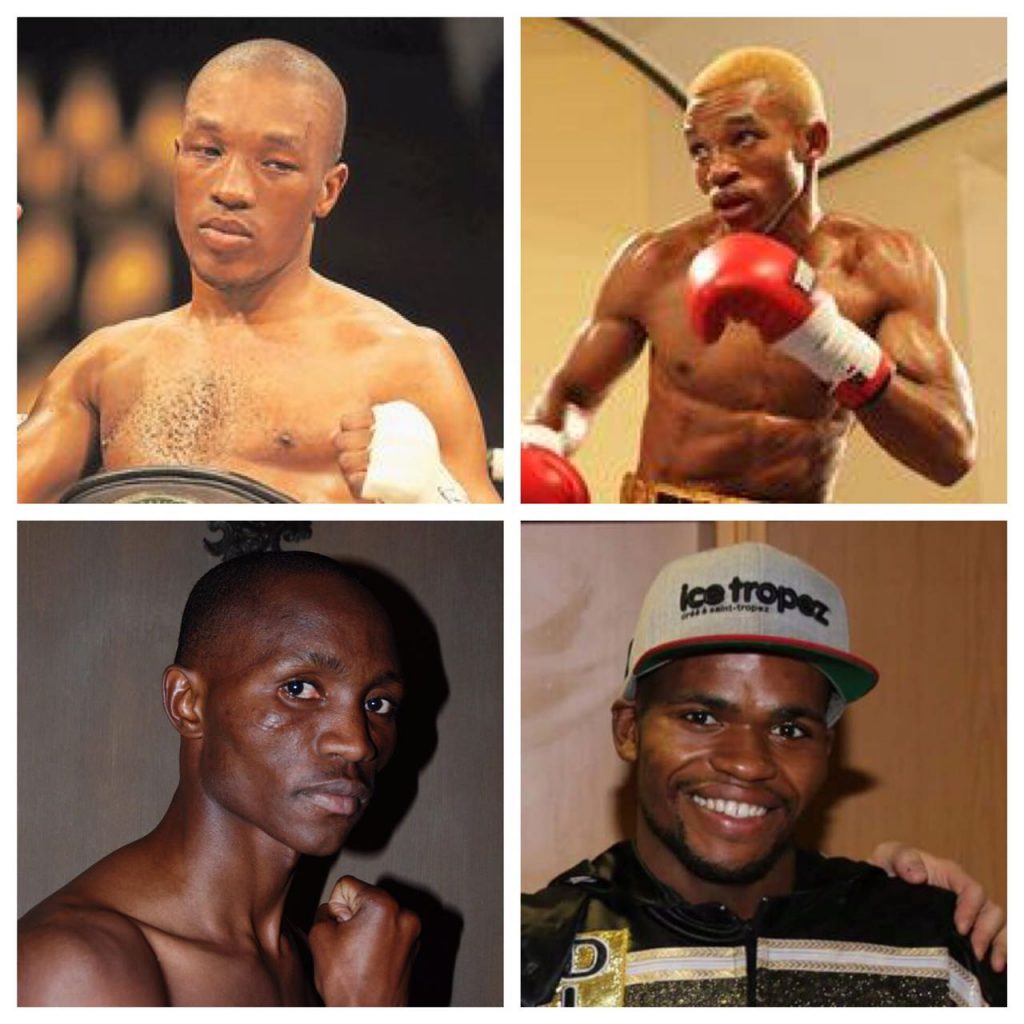 Golden Gloves has delivered on its promise to deliver a top class Super Four featherweight tournament.

Former world champion Simphiwe Vetyeka will be joined by top-class SA champion Azinga Fuzile, dangerous Lerato Dlamini and international campaigner Tshifhiwa Munyai for the tournament that kicks off at Emperors Palace on October 21.

A super-middleweight Super Four will run parallel to the featherweight competition.

Each fighter is set to earn R175 000 in the first round and a further R300 000 if he wins the final. Additionally, Golden Gloves plans to bankroll an overseas career for the victor.

Promoter Rodney Berman faced several challenges putting together the event, admitting that Fuzile’s signature was the toughest to secure.

However, he has entered a business arrangement with Rambo Promotions and will be working in conjunction with Fuzile’s team. The plan is to jointly take him to the top.

He’s in good form, too, having dominated Rofhiwa Maemu in a bout in East London on Sunday.

Long-time pro Vetyeka is the most experienced of the bunch, having fought internationally for many titles, most memorably in 2013 when he shocked undefeated Chris John for the WBA crown.

Fuzile shot to prominence when he took Macbute Sinyabi to the cleaners last year and is reckoned to be on the cusp of big things. The Super Four may well be the impetus.

Dlamini is young and ambitious and gave notice of his skills when he knocked out Sinethemba Bam earlier this year. He lurks as a real danger to all the fighters in the line-up.

Munyai challenged for the WBA championship in 2014 and, with four knockouts on the bounce coming into the Super Four, is a lethal contender.

Meanwhile, Berman confirmed that in the event of a draw, he would petition Boxing SA to give permission for the referee to give the casting vote. He’s mindful of the possibility especially as Lee Dyer and Alfonso Tissen, who will engage in a rematch on October 21, were impossible to split when they fought some weeks ago.

Lady judge gets the call