This weekend marks an explosive start to the international boxing year with a mouth-watering unification match between IBF super-middleweight champion James DeGale and WBC title-holder Badou Jack in New York.

SuperSport 6 will cross to the tournament at 4.30am on Sunday.

Both fighters are in their prime, each having defended their respective titles twice.

DeGale comes armed with a great pedigree – he was Olympic champion in 2008 – and is unbeaten in six years, his best wins in that time coming against Brandon Gonzales, Lucian Bute and Andre Dirrell. The Briton can blow hot and cold, but when he is in the mood, he is fast and slick and difficult to hit.

Surprisingly, given the rude health British boxing finds itself in, DeGale’s last three fights have taken place in the US and Canada.

“Listen, I’m living the American dream,” he says. “I went to America. Boxing is fantastic in the States. I got a fantastic opportunity from Al Haymon. But this one is the big one. New York, Barclays Centre, unifying the division. You can’t beat it.”

Jack fought at the same 2008 Olympics, carrying the flag for Gambia, but he is Swedish-born and fights out of the US where he has established a solid reputation. Given that Floyd Mayweather jnr promotes him, you can be assured that he can fight.

As big fights go, this one is hopefully a portend of more great match-ups in 2017. 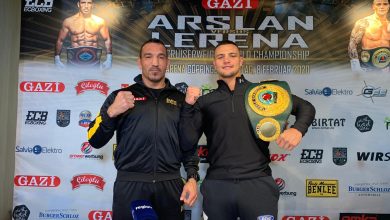 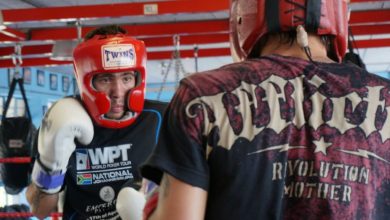