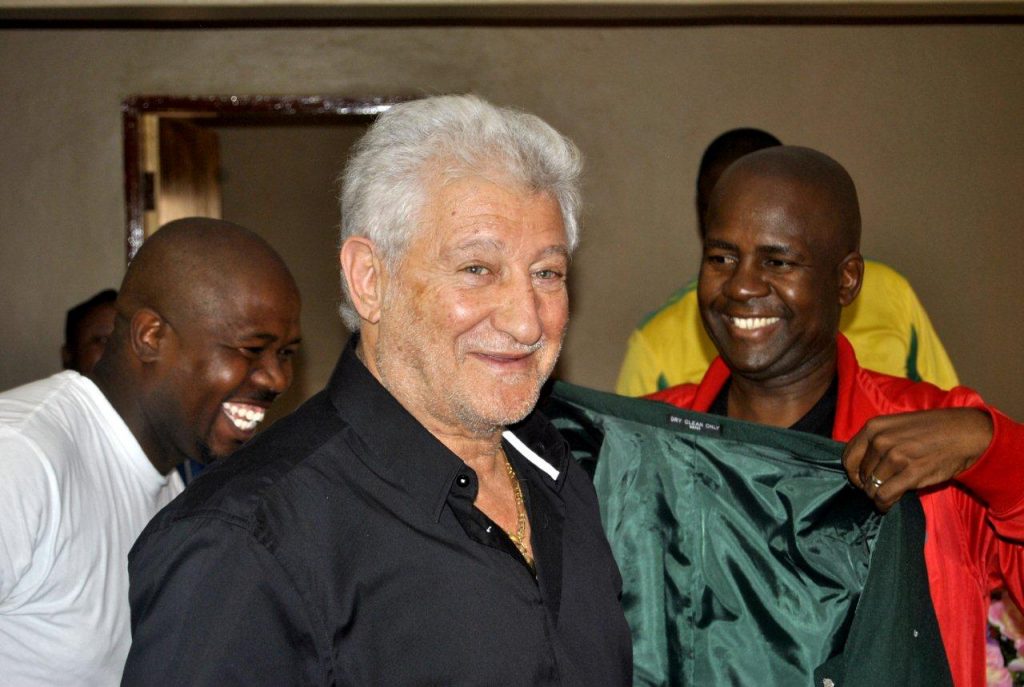 It’s been a while, so let’s get right into it. Your stable is in an interesting point. Some boxers, like Kevin Lerena and Simpiwe Konkco, are clearly on the up. Others, like Johnny Muller and Ryno Liebenberg, are at the crossroads. How do you see it?
Truthfully, I haven’t been so bullish for many years. You can add fighters like Thulani Mbenge, Nomeva and Hekkie Budler to the list of guys on the move. Underlying it is the emergence of young trainers like Colin Nathan and the Smiths. Their fighters are always in tip-top condition. There’s a lot to be excited about.

Internationally, you had a great run until recently in Monte Carlo and you’ve co-promoted in America and elsewhere. Anything new on the horizon?
As yesterday’s piece indicated, Golden Gloves is far down the track in working with a Chinese consortium. This is very exciting and could lead to something quite special. Plus we have a strong association with banner Promotions in America and the Sauerlands in Europe.

What have you made of the changes at Boxing South Africa, chiefly with the appointment of a new CEO?
My views have been an open secret. The administration of BSA has been woeful under a succession of poor CEO’s. New appointee Tsholofelo Lejaka is a breath of fresh air; he’s young, level-headed, modest and learning fast. He’s stamping his authority, which is encouraging. Golden Gloves will give him all the assistance he needs. 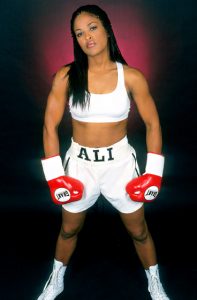 A few year ago you flirted with women’s boxing, promoting a Laila Ali fight. Would you go down that road again?
No. It’s a subjective view. I just don’t like the idea of women hitting each other. I made the exception on account of Ali’s pedigree, but it’s not something I will pursue again.

How about MMA – do you have any interest in promoting it?
I’ve been offered the opportunity to do so many times. In fairness, it would be encroaching on current operators. Although it’s martial arts, it’s an industry I don’t really understand. My one son, Joel, is close to one of the senior UFC executives and we had initial talks, but nothing came of it. If I was to get involved, it would have to be at that level [UFC] but the reality is it is way beyond the means of South Africa. And, yes, I’ve seen the speculation of a fight between Floyd Mayweather and Conor McGregor. It’s a circus.

What is in the works in the short term?
I’m excited about April. It’s not a big show, but it’s a showcase for some of the best young talent around. It’s so important to bring these guys through. Then in May we have a major show at Emperors. Konkco is one of our jewels. If he gets past this guy [Melvin Jerusalem] he’ll be elevated to where Hekkie once was. And then there’s the US debut of Lerena which will depend on securing him a work permit, hopefully for April. There’s lots of fanfare around him, which is encouraging.

You recently announced a new sponsor and there was a buzz, but then suddenly it went quiet. What happened there?
We had negotiated with FORUS but they proved a great disappointment. They came with big talk, but left a lot to be desired with their conduct. We are investigating the whole operation. Sponsorships have always been challenging in boxing, especially in South Africa. But with this new crop of fighters interest is peaking. Guys like Lerena and Konkco are very appealing to sponsors.

Golden Gloves has always emphasised the value of good partnerships. You’ve had a particularly good relationship with SuperSport and Peermont Emperors Palace. How important is this?
Very. People tend to underestimate the importance in their role behind the resurgence of boxing. As happens around the world, where would the major promoters be without television? Matchroom would be nothing without Sky TV. GGG would be nowhere without HBO. All of our opportunities stem from these great partnerships.

There’s a big heavyweight fight coming up – Anthony Joshua versus Wladimir Klitschko. Who wins and why?
Joshua. Klitschko was never that great to start with, although he possesses a tremendous work ethic and dominated an ordinary era. Joshua is rejuvenating the division. He’ll be too young, too fast. As we saw against Tyson Fury, Klitschko is just too laborious.

You’ve had a long association with Gennady Golovkin and his team. What’s that been like?
[Promoter] Tom Loeffler and his team are stand-up guys. As for GGG, I wish all fans could have the privilege of meeting him; then they would understand what a true champion he is. He never bad-mouths anyone and is quality all round. They’re a first-class team. Tom and I have chatted about featuring Lerena on a GGG undercard in Europe later this year and he’s amenable to that.

Berman not OK with WBC

Berman working towards a welterweight super-show

Pressure on ‘Two Guns’ Lerena to pull the trigger