Jabulani Makhense’s clash against Michael Mokoena might be a good two months away but already it is invoking memories of yesteryear classic battles. The duo will duke it out at Emperors Palace on June 8 as the co-feature to the return of IBO cruiserweight champion Kevin Lerena who will be defending his belt against Czech Republican Vasil Ducar.

But there is nothing more intriguing than a local derby and Mokoena’s encounter against Makhense fits all the requirements of a local slugfest. The fact that Makhense’s WBA Pan African junior welterweight title will be at stake is stoking the fires of an already potentially explosives thriller. This even though Makhense has fought just seven times compared to Mokoena’s 16 bouts.

Mokoena can also boost a national champion in his own  fight record having bludgeoned SA lightweight champion Thompson  Mokwana to a sixth round stoppage defeat in his last ring appearance.
Mokoena also claimed the scalp of former world champion Lusanda Komanisi, stopping him in four rounds.
So evenly matched are the two boxers than even promoter Rodney Berman knows a loss by either boxer will not mean he is not good enough.

After all losers in classic bouts have gone on to achieve big things in their careers.
“I want to assure that a loser will not be condemned to the scrap heap in this bout,” Berman said.
“Instead we will offer him a lucrative purse in our next show.”

While Mokoena ,who has lost just two times, will come with advantage in experience, he will have to adjust to the junior welterweight which Makhense calls his divisional home.
The bout has all the ingredients for a fight of the year candidate. 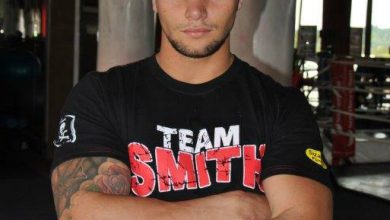 ‘Two Guns’ aiming to give it both barrels 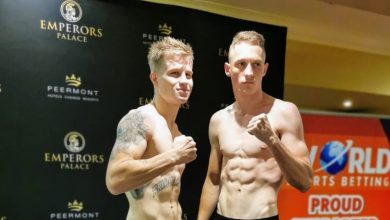 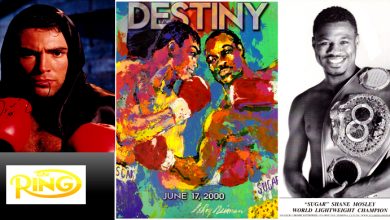