Rodney Berman is too modest to claim he knows much about the technical intricacies of boxing, but he’s right more often than not and can dissect a fight better than most.

His take on next weekend’s big cruiserweight rematch between Tommy Oosthuizen and Thabiso Mchunu is thus fascinating. Firstly, as compelling as the first fight was, he expects the second to be more thrilling with both boxers taking greater risks than before.

“Instead of flurries, I expect we’ll see Tommy being more flamboyant, taking more chances. And, if Thabiso has learned from the first time, he can’t throw one punch at a time. He can’t be passive, he must bring the pressure,” said the promoter.

If this sounds like a reasonable prospect, it’s also necessary. Berman reckons it approximates a world title eliminator, especially with unified champion Oleksandr Usyk about to move up to heavyweight, plus it will be broadcast on Box Nation, giving the event a massive audience.

If either of the pair wants to lay a claim to contender status, next Saturday at Emperors Palace is their chance.

“They are both good cruiserweight boxers,” reasons Berman. “Whoever loses will go on, but the winner has a chance of bigger fights and bigger nights. Both must make an impression, but I also need to be satisfied that they can operate at elite level against the big boys. They must be worthy contenders.”

One of these big fights is potentially a local showdown with IBO champion Kevin Lerena in June, although if Oosthuizen had his way, he’d rather have a crack at Usyk. “That’s my dream,” he told Berman at last week’s media event, notwithstanding both fighters moving in different directions.

Predictably, the house full signs at Emperors have already gone up, a clear endorsement of the quality of the bill that includes IBO welterweight champion Thulani Mbenge’s toughest test to date – against gnarly pro Miguel Vasquez.

‘He’s there to be hit, I plan on doing the hitting’ – Ryno 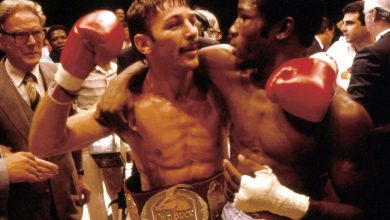