These are exciting times for Golden Gloves fighters.

There is back-to-back action from March through May, highlighted by next month’s WBA and IBO title Emperors Palace showdown between Hekkie Budler and Byron Rojas.

It will be Budler’s first outing as “Super champion” and he is determined to put on a show.

Less than a month later, on April 11, Kevin Lerena and Johnny Muller will square off for their long-awaited rematch. Bad blood has brewed between the camps in the wake of Lerena breaking his hand, with claims that he had faked his injury; claims the Lerena stable laughed off.

Many of the stars who featured at Sunday’s tournament, among them Joshua Studdard, DeeJay Kriel and Ronald Malindi, will box on the undercard.

Five days later, Golden Gloves will enjoy a debut in Sweden of all places when Ryno Liebenberg goes in against hot prospect Erik Skoglund, who is rated by three of the major organisations.

Golden Gloves then keeps the show on the road with action from the D Casino in Las vegas where welterweight star Paul Kamanga will make his American bow.

Promoter Rodney Berman is delighted with the workload: “It’s very gratifying to be so busy. Our established boxers are excellent and the new wave of talent also looks promising. Good fights are all I want and I’m convinced that this early-year line-up will deliver.” 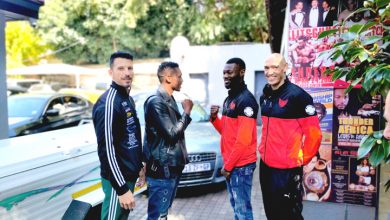 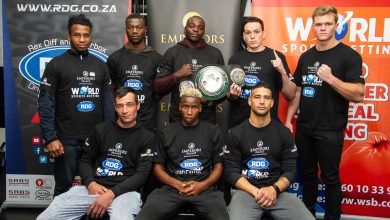