Two of South Africa’s best little men will do battle at Emperors Palace on October 22.

As match-ups go, it’s a compelling contest. Budler is a favourite of the discerning Emperors Palace fight crowd with all but eight of his 31 fights have taken place there.

Siyo is no stranger, either, having duked it out with Simphiwe Konkco in a 12-round war at the venue two months ago.

There’s a curious sub-plot because Budler and Konkco are now stablemates (and friends) and Siyo is the youngster looking to assume the mantle. He fell agonisingly short against his Eastern Cape rival and thus gets a second chance against the man who until recently was the number one in his weight division in the world.

Budler hasn’t fought since March when he turned in a surprisingly listless performance against Byron Rojas that cost him his WBA and IBO minimumweight belts. He knows he was off that night and has been champing at the bit to get his mojo back.

He won’t have it easy against Siyo, a non-stop boxer who showed silky skills against Konkco. He would have learned an enormous amount in that fight and is determined to make it count with a second crack at the big time.

We know all about Budler, whose showing against Rojas can probably be discounted as an aberration. Up to that point he had dominated his division as one of the best pressure fighters around. When he gets into his groove, he is very difficult to beat. He’s desperate to atone for the Rojas defeat, especially with whispers on boxing’s grapevine that there could be another title fight around the corner.

Indeed, Budler enjoys a number three rating in the WBA with Siyo hovering at 10.

Said promoter Rodney Berman: “I shopped around for an opponent for Hekkie when the obvious one was sitting right in our back yard. I knew little about Siyo until he fought Konkco, but, boy, I was impressed to see him put it together. Konkco was wily and used old tricks, but Siyo pressed him hard and had many great moments.

“Budler will be making a big mistake if he under-estimates him. As we’ve seen so often down the years, the best fights are often the local ones where bragging rights are on offer. This is one of those – two small guys with big hearts. I’m delighted it’s signed.” 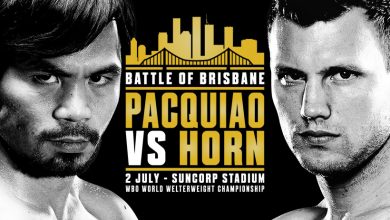 Fighting talk ahead of big show