Is Keaton Gomes too good for his own good?

He’s had just two fights, but already Golden Gloves is struggling to match the prospect with local cruiserweights. Wikus Ludeke pulled out this week, a hasty replacement then being found in the shape of Cape Town’s Banela Tuswa, who fights Gomes at Emperors Palace on October 21.

Tuswa is a heavyweight, which isn’t ideal given that Gomes weighs in the low 90s, but he’s prepared to concede that advantage if it means ring action. It also explains why his fight scheduled for December will be against another local heavyweight, Warren le Roux.

Promoter Rodney Berman has had several heavyweights on his books, some good, some not so good, so he is qualified to talk about Gomes’ prospects.

“He’s electric, isn’t he? I watched Corrie Sanders, Johnny du Plooy and Pierre Coetzer all turn pro and none looked as accomplished as Keaton in their debuts. He’s very self-assured and there’s a looseness about him, Best thing of all is that he punches like a mule.”

So confident is Berman that he expects Gomes to begin fighting overseas opposition next year, with a WBC Youth title possible for March.

If it all seems ridiculously fast, it’s the way of modern boxing where young fighters are given opportunities after a dozen fights whereas their forebears of 50 and 60 years ago often earned such opportunities only after 40 or 50 fights. 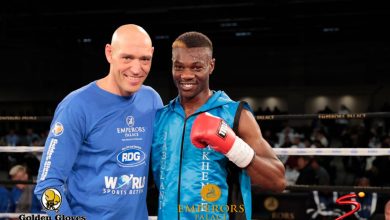 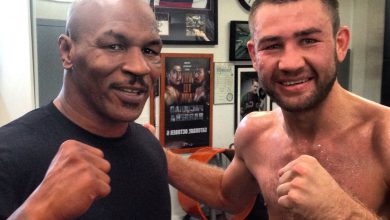 At last – an opponent for Van Heerden