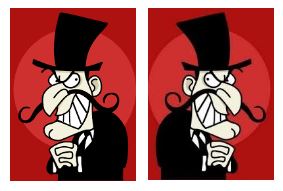 It’s back to square one for frustrated promoter Rodney Berman.

He’s searching for new opponents for Simpiwe Konkco and Thulani Mbenge due to a snarl-up with the Philippines Boxing Commission, which is understandably loath to deal with SA promoters after a rash of bad incidents in recent years.

Andile Sidinile, Dicksy Nqqula and Siphatho Handi played fast and loose with issues over purse money, the most grievous of which was Handi’s failure to pay Filipino fighters Rey Loreto and Jeth Purisima.

It caused an international outcry and led to political posturing from both sides.

“What it really highlighted is the damage that Sipatho Handi and Andile Sidinile have caused, and the extent to which they have tarnished the reputation and creditworthiness of South African promoters,” said a furious Berman.

How this has come about is Golden Gloves forward purchase dollars in anticipation of the tournament.  The problem, however, is that in forward purchasing, the dollars have to be paid into the recipients’ bank accounts, and not in cash. 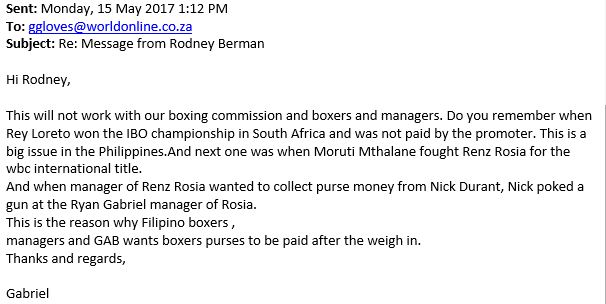 “I understand the Filipinos’ position. Who can blame them?” said Berman.

He said that he would now have to chase down international opponents from elsewhere, the consequences of the shameful behaviour of so-called promoters who ought to know better than messing with a boxer’s livelihood.

Elvis is in the building