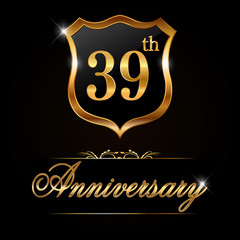 Rodney Berman wasn’t to know it at the time, but the three-round tear-up between Charlie Weir and Bushy Bester 39 years ago today was the beginning of a love affair that would endure for decades.

It was also the beginning of Golden Gloves, a business dynasty that has gone from strength to strength.

As the anniversary approached last week, Berman reflected on an extraordinary four decades in boxing. There have been plenty of highs and lows and time has given him the one luxury he never had at the start: perspective.

“I was such a greenhorn at the start; I really had no idea,” he said. “But what an adventure. My prevailing feeling is sadness, though. So many people who were there at the beginning are no longer with us – Charlie, Billy Lotter, his trainer, Maurice Toweel, my first mentor, Bushy. More latterly, great fighters like Corrie Sanders and Johnny du Plooy are no longer with us. They all helped put Golden Gloves on the road.”

The flipside, however, is how top fighters like Brian Mitchell, Vuyani Bungu, Welcome Ncita and Mbulelo Botile thrived.

In the early years Golden Gloves was somehow able to navigate its way through the dark years of apartheid when SA was the skunk of the world. Berman even managed to maintain strong links with the black-led International Boxing Federation when there was strong pressure on them to cast off any SA links.

The promoter even chucked in his lot with the Boxing Coordinating Council, in defiance of the SA National Boxing Board of Control, and refused to abandon his black fighters, even with apartheid at its peak.

One of his constant allies was matchmaker Ruben Rasodi, who was with Golden Gloves virtually from day one. This quiet and unassuming man continues to work small miracles in matching fighters and unearthing new talent.

Another was Mzi Mnguni, the patriarch of boxing in the Eastern Cape. He and Berman only ever worked on a handshake and their friendship remains as strong as ever.

Berman can draw from the memories of world heavyweight championships, major fights and alliances with some of the most influential figures in boxing, but one of his proudest moments came just a few years ago when the community of Hammanskraal, represented by Dikebu Golden Palace, presented him with a green jacket.

“I’ve received many honours, but that was the most touching,” said the man whose energies remain as lively as the day he started promoting almost 40 years ago.

Every South African world champion of consequence worked with Golden Gloves at some stage, but it is Weir who retains a special status for Berman. The banger lost his only ever world title shot against Davey Moore when he was savagely beaten inside five rounds in 1982.

“I was devastated that day, but what a spectacular ride he gave us,” recalled Berman. “He was so exciting and charismatic. He could punch like a wrecking ball. Promoters were lining up to sign him, but he was loyal until the end.” 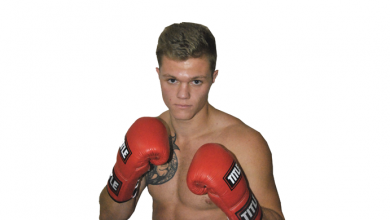 ‘Tulz’ all class as he crushes game Ness for SA title