Young fighters are lining up at Golden Gloves’ boxing door to such an extent that promoter Rodney Berman will be hosting three development tournaments this year to ensure the best of them are kept busy.

They, of course, join more established youngsters who include Rowan Campbell (6-0) and Thulani Mbenge (13-0), the WBC International champion and SA title-holder.

Markram, a part-time model, is training with Sean Smith in Joburg, having previously fought as an amateur in Canada, where his father lives, and in SA, where he won a national amateur title. He’s 1-0 and will be seeking win number two against pro debutant Karabo Mokupi.

Myles is 3-0-2, having trained fighters since his last bout in 2015. However, he’s been convinced to return to the paid ranks and will have his sixth outing at Emperors this weekend.

Cooke came through the renowned Booysens amateur system and had a stint in MMA. On Sunday, he’ll debut against Antonelle Maree in a four-rounder.

Meanwhile, Watson and Gomes are both KZN-based, working with former SA junior-welterweight champion Hardy Mileham. Watson won a SA amateur belt while 19-year-old Gomes come from a long line of fighters and has a strong amateur pedigree. The plan, according to Golden Gloves associate Jeff Ellis, is to ship the pair up to Joburg to assist IBO cruiserweight champion Kevin Lerena with sparring.

“They’re great kids and can learn from one of the best,” said Ellis.

Groth has been matched easy since turning pro at middleweight last year, but he’s come up the tough way having earned his spurs in MMA. He fought top fighters including Don Madge and Boyd Allen and has since shown excellent skills in moving seamlessly to 5-0 as a boxer. 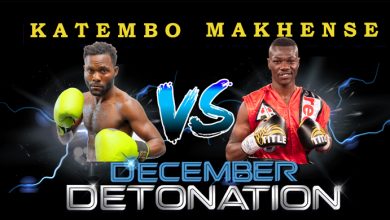 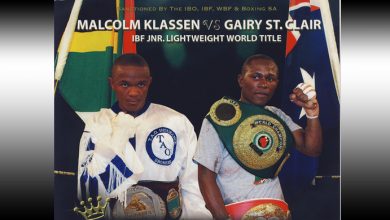 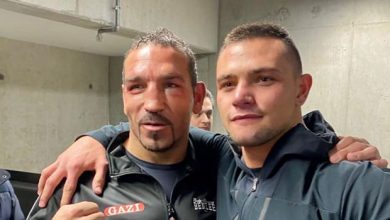