Everyone is chomping at the bit to get out of lockdown or at least see some easing of the restrictions. Exactly when that will happen is an open question, but Golden Gloves are revving their engines to get out of the starting blocks as soon as the light turns green.

Jeff Ellis emphasizes that no stone will be left unturned and all the necessary precautions will be taken should they get the go ahead. “There will be no more than 50 people and specific testing leading up to the event. There will be the minimum of trainers and helpers and the event will be organized with everyone’s safety in mind.”

Besides plans for a series of development tournaments and the final of the 4@War junior middleweight tournament between Brandon Thysse and Boyd Allen, a cruiserweight tournament entitled “Who will Prevail?” is also in the works. Duking it out for cruiserweight honors will be top prospects, Akani Phuzi, Lebo Mashitoa, Keaton Gomes and Chris Thompson.

A total purse of R1 million is budgeted for the cruiserweight showdown, with the four participants in the semi-finals each receiving R125 000. The final will have R500 000 up for grabs, with a 60/40 split in favor of the winner as an extra incentive.

The semi-finals will be scheduled for eight rounds and the final for twelve. Should Phuzi be in the finals, his WBA Pan African cruiserweight belt will also be on the line.

Akani “Prime” Phuzi is considered one of the top up-and-coming prospects in South African boxing and should start out as a slight favorite. Undefeated at 11-0 with five knockouts he has been busy and on paper at least, has competed at a slightly higher level than the rest of the field.

He won the WBA Pan African title with a 12-round decision over Youssouf Mwanza in 2018 and has since gone from strength to strength, recording wins over more experienced gatekeepers such as Willbeforce Shihepo and Vikapita Meroro. Trainer, Alan Toweel, is excited about the potential of his charge. “He is coming along nicely. He has a good jab, good right hand and moves well.  We are working on having him throw more shots and be more aggressive in the ring.”

Phuzi is tentatively scheduled to meet Chris Thompson in the semi-final and his opponent will be nothing new. The pair has fought twice before. In their first encounter, Phuzi was having his second professional outing and Thompson his fourth. Phuzi won that encounter with a close points decision over six rounds. They met again six months later and this time, Phuzi scored a one punch knockout in the second round.

Are they seeing this as an easy fight and is there any danger that the Phuzi camp may be overlooking Thompson? “Not at all,” says Toweel. “We are approaching it like the last fight never happened. Akani is training like a Trojan for this and we will be at our best.”

Chris Thompson, nicknamed “The Wolf,” has won four straight since his last defeat to Phuzi under new trainer, Sean Smith, running his record to 9-2 with six knockouts. He also has a points win over Lebo Mashitoa included in that streak. Against a common opponent, Youssouf Mwanza, Thompson managed to make Mwanza retire in his corner after three rounds whereas Phuzi had to go the distance. That may be an indication that Thompson also has power that needs to be respected.

Is Thompson an improved fighter since the Phuzi defeat? Sean Smith believes that he is. “Phuzi had a solid amateur career whereas Chris didn’t really have a lot of amateur fights. That fight came too early in his career. Since he has been with me, he has been in camp with top class fighters like Thabiso Mchunu and Thulani Mbenge. He has also sparred many rounds with Thabiso, and I believe that has helped him a lot.”

One thing is for sure: All the pressure is on Phuzi for this one and that could work either way with either fighter.

The other semi-final features another rematch between Keaton Gomes and Lebo Mashitoa. Mashitoa scored an upset in September by outboxing Gomes over ten rounds, his signature performance to date, bringing his record to 7-1 with two knockouts.

Manager, Colleen McAusland believes in her man. “Lebo is extremely hard working and dedicated. He even turned down a job offer in the police because he thought it might interfere with his boxing. He is just such a great person, inside and outside the ring.”

Trainer, Lionel Hunter, is looking forward to proving that their win over Gomes was no fluke. “The first time no-one gave him a chance, but we knew we would have a big surprise for Gomes. People underestimate Lebo because he is a quiet guy outside the ring who doesn’t talk much.” Will they do anything different this time around? “Not much,” says Hunter. “This time though, we don’t want to leave it to the judges. We will see if we can get a stoppage.”

That is not going to be easy though, since the Gomes camp is determined to set the record straight. “Keaton has a lot of ability and a hell of a punch,” says trainer Peter Smith. With four knockouts included in his 6-1 record, Smith may have a point. What went wrong against Mashitoa? “It was mental. Boxing is 90% mental and 10% physical. He had personal issues and during the last two weeks of training I saw his mental abilities drop. It was like he did not really want to be there. He saw how that affected his career. He knows now that you are not going to be successful in boxing like that. There is no excuse, though. He lost the fight fair and square, but it is not a train smash and he can now redeem himself.”

Besides old rivalries being renewed, there is the added intrigue that the two Smith brothers might end up in opposite corners in the final, if Gomes can reverse his loss against Mashitoa and Thompson manages to upset Phuzi. “We talked about this before, me and Sean,” says Peter. “We don’t really have a choice. If we are going to avoid each other’s fighters we are going to end up holding them back, and they will drift out of boxing. Whoever wins, wins and we will handle it from there.” Sean concurs. “We have limited options with the South African boxing landscape at the moment. With Kevin (Lerena) and Thabiso (Mchunu) you can understand keeping them apart, they are on another level, but these guys must prove themselves. If you can’t handle the local scene, then you have to ask yourself, ‘What can I do in boxing?’”

Everyone agrees that these tournaments have the potential to do a lot for the fighters. “Look at Thabiso. He won the original Super Eight tournament and it helped his career a lot. Kevin as well. He came through a four-man tournament and it put him on the next level,” explains Peter Smith. “For these guys, the money is great, and it will bring a lot of excitement.”

One thing is for sure: Easing of the lockdown is sure to put the “lekker” back in “local,” at least as far as boxing is concerned. The ball now lies firmly in government’s court..

Berman has plan B if KO comes 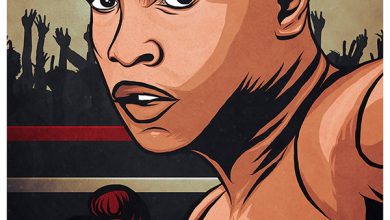 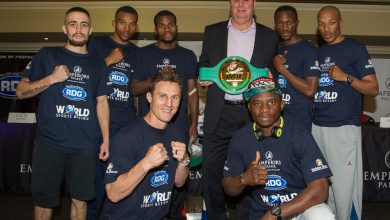