The Covid-19 pandemic has hit the South African economy hard. The three-week lockdown was extended to five weeks and with the economy now incrementally opening at level four, only a select few industries, that are deemed essential, are allowed to operate. There are still three more levels to go before the lockdown is over. When that will happen is anyone’s guess, the stats and different scenarios changing almost daily.

The irony is that any income generating activity is, in fact, “essential” to those people who depend on it for a livelihood. Boxing, like other professional sports, has been hit hard with public events cancelled until the entire economy is opened.

Boxing, being the dangerous sport that it is, is more complex. Fighters are trying their best to stay fit by training at home but with social distancing and without being able get to the gym for the necessary sparring, they are not fight ready. Peter Smith, trainer of IBO cruiserweight champion, Kevin Lerena and top prospects, Rowan Campbell and Boyd Allen, among others, gives his take: “If it  is someone on a four or six round level, I can get them ready in four to six weeks but for a top level fighter like Kevin, we need at least eight weeks.” Hence, once the entire lockdown is lifted, we are likely looking at another two months before we see any top-level tournaments.

Fighters at different stages of their careers also have different needs and require different activity levels. Up-and-comers starting out would ideally like to fight four times a year, which was already a challenge before the Corona virus threw a spanner in the works. Championship level fighters, on the other hand, fight around two to three times a year. Then there are also fighters who are at a high level but getting on in their careers, looking for a last couple of big pay days to feather their nest. “It is bad for everyone,” says Damien Durandt, trainer of WBC cruiserweight champion, Ilunga “Junior” Makabu, who also has other top fighters like Jackson Chauke, Brandon Thysse, Emmany Kalombo and Athenkosi Dumezweni. “Even the top guys who were maybe only going to fight twice a year, they lose a pay day and maybe they had plans for that money. They were counting on it.”

Durandt sees age as the biggest danger. “Prospects who are, say, 23 years old, they can sit out for a year. Someone who is at the top but older and towards the end of their career who are counting to land that big pay day, they are hit the worst. A guy like Jackson is no longer young for a flyweight (he is 34) and we are looking for something big for him.”

He makes a good point. A glance across the South African boxing landscape reveals a handful of fighters in the same predicament. IBF flyweight champion, Moruti Mthalane, South Africa’s most accomplished active fighter, is riding high, but he is also 37 years old. Former two weight world champion, Hekkie Budler, had been inactive for over a year and is looking for one last run at a world title. Crowd pleaser, Ryno Liebenberg, is 36 and looking to end his career with something big. Former IBF strawweight champion, Nkosinathi Joyi, who has been enjoying an Indian summer, capturing the IBO world title in his last fight, is also 36 and stuck in limbo.

Then there is the business of running a gym. “We have private clients that train in the gym as well. That keeps the cash flow going and the doors open, which in turn enable us to keep the professionals going. Now that has fallen away.” explains Durandt.

What solutions can be found? At some places in the world, people are getting creative. Two development tournaments took place on the 25th and 26th of April, respectively. One was in Managua, Nicaragua, which headlined junior welterweights Robin Zamora and Ramiro Blanco. Spectators were screened with thermometers and spaced out with empty chairs in between them. Everyone, from officials to ring card girls, as well as the fighters on their ring walks wore masks, with only the fighters removing their masks at the start of the fight. The second tournament took place at the Legend Boxing Gym in South Korea with lightweights Hwang Kil Kim and Jae Duk Bae going at it.  There was minimal fan attendance. It must also be noted that there are no lockdown rules in Nicaragua, the government deeming the country too poor to be able to afford it and South Korea seems to be one of the first countries to get a firm handle on the pandemic.

Plans are already at an advanced level to stage the 4@War tournament behind closed doors over two consecutive nights, according to promoter, Rodney Berman. Could this become a regular occurrence in South Africa, at least until the end of lockdown? If so, how would the boxing fraternity feel about it?

Durandt has some reservations on the long-term feasibility of such an approach. “Promoters depend on certain income streams to make fights. Can they afford to lose the gate? In some tournaments the money gets sponsored by government. Will the TV stations be on board? It must make sense for us as well. We must open the gym to train, pay sparring partners, we have expenses. Will the money be there? Maybe it can work going forward but we will have to think it through.” Peter Smith seems more enthusiastic. “It can definitely work. Go to a shopping mall to buy food and look around you. You are at much higher risk. We will just have to be smart about it and think about the way we conduct ourselves toward each other.”

The pandemic is changing the whole boxing landscape, not only in South Africa, but world-wide. Berman is aware of the issues at hand. “There is going to have to be some sort of social distancing on airplanes, maybe they will have to take out some seats. Can you imagine what that would do to the cost of air travel? Fighters are not going to get paid what they were used to getting.” Then it also remains to be seen when international travel will normalize.

One solution could be to revive local rivalries. “Local is lekker. The tournament format works because there is good money at stake and the fans love it,” says Durandt, obviously looking forward to the Four@War final between his fighter, Brandon Thysse and Boyd Allen from the Smith stable. “We’ve had great local fights over the years and that is definitely something that should be looked at,” Smith concurs. “I think go for local. We can help each other here and build our fighters up. A lot of our fighters, when they get to international level, they are not ready because they lack local growth in boxing.” Rowan Campbell is scheduled to take on Evgeny Shvedenko for the vacant IBO super middleweight title when things normalize but should that no longer happen, would Smith be willing to put his charge in against Ryno Liebenberg? “They have different career trajectories. Campbell is on the way up and Ryno is at the end of his career but if we are painted into a lockdown corner and there is no longer a title fight, sure, we are willing to do that fight.”

They are more reticent when it comes to their elite fighters. There are a lot of local fans who would love to see a fight between a combination of Kevin Lerena, Thabiso Mchunu and Ilunga Makabu, all world class cruiserweights on the African continent. It will not be easy though. “Kevin is on another level,” says Smith. “Both him and Thabiso (who is trained by Smith’s brother, Sean) are highly ranked. Why knock each other off now? Let Kevin go for a title and Thabiso go for one and if they both have titles, then we have more value in that fight.”

Would Smith be interested in a Lerena-Makabu super fight for his charge? “Makabu? Definitely! We would take that fight,” answers Smith without hesitation. There are the usual obstacles though. “I am not sure that there is enough money available locally to have Junior fight Lerena,” says Durandt. Berman is also apprehensive. “Junior against Kevin would be a huge fight but Don King is involved with Junior so there is that. Also, would people be bold enough to come out and sit in a big crowd for a fight of that magnitude?”

Only time will tell. 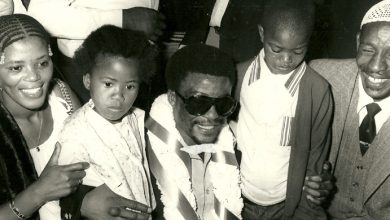 Peter Mathebula made history in the City of Angels. 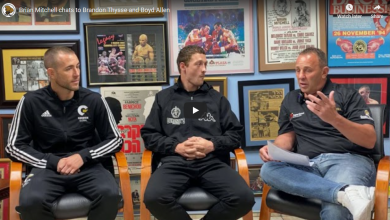