On 5 November 1605 Guy Fawkes, a member of “the Gunpowder Plot” was arrested whilst guarding
explosives that had been placed beneath the House of Lords, to assassinate the Protestant King James 1,
and his parliament.

Back to the present as two of our best Cruiserweights meet for the third time.
Muller and Phusi who have already faced each other twice in championship bouts will again do battle on
5 th November 2022 at the Palace of Dreams.

Phuzi was an undefeated prospect until he was handed a boxing lesson by the veteran Muller in 2020.
Muller bullied and outworked Phuzi over ten rounds, winning a wide decision.
A rematch was set up in 2021 and this time it was closer although Phuzi, once again, came up short
losing a split decision. He had some sporadic success, but he was just not busy enough to overcome the
veteran.

Phuzi has since changed camps and joined Damien Durandt. It might have been just the change that was
needed. Phuzi was devastating in his last outing, knocking out Lebo Mashitoa in three rounds. “Damien
literally begged me for this fight,” says Berman. “They are convinced that they will destroy Muller this
time.”

Will the change of trainers make a difference? Is Phuzi a rejuvenated fighter or will Muller once again
prove that experience matters? It is an intriguing matchup, for sure.
The main supporting bout will feature South African and IBF Continental Africa junior middleweight
champion, Shervantaigh Koopman, against Brenden Denes 9-2-0 from Zimbabwe. Koopman is now 10-0
with seven knockouts and has gone from strength-to-strength, emerging as one of South Africa’s hottest
prospects.

‘Tulz’ taking the high road for next assignment 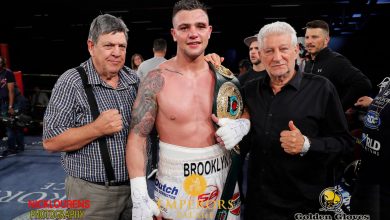