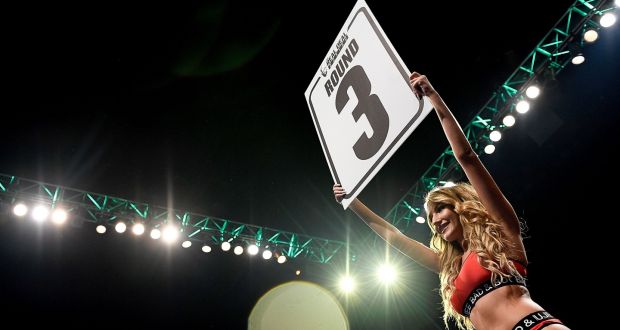 It’s been a while since you sat down and chatted. There’s much to talk about. You’re obviously high on Kevin Lerena, who is well-placed among the top cruiserweights. He fights next in Azerbaijan. If he keeps winning, what is the long-term plan?
With the World Boxing Super Series, there will be one unified champion, but the caveat is Kevin holds the IBO belt. Some might sneeze at it, but the IBO has some great champions and is to be reckoned with. Come 2019, Kevin will be involved in possibly the biggest fight financial-wise a South African has ever been involved in.

Martin Murray has a big fight lined up against WBO champion Billy Joe Saunders. You must be pleased having played a part in his rise to prominence?
Martin Murray is one of the nicest boxers I’ve had the pleasure of promoting and is without a doubt one of the most inspirational given the way he turned his life around. Having said that, I think he’s done enough as an elite boxer. Having said that, I don’t see the sense in going on. He could pack it in and be guaranteed his dignity and satisfaction. I wish him all the best, but I’m surprised he’s still fighting.

Women in sport, more particularly those on the fringes like grid girls, have come under the spotlight recently. Do ring card girls still have a place in boxing?
Definitely. They are part and parcel of boxing, ever since I can remember. They add glamour to the game.

What is going on with Azinga Fuzile?
Good question. I can handle criticism, but the ignorance is upsetting. Fact is, the health of Fuzile is paramount. He has a definite medical problem and the medical team of Boxing SA was going to release a statement in this regard. It is out of my hands. If – and when – he is cleared, the Super Four final [against Lerato Dlamini] will happen.

Presumably you’ve now washed your hands of Tommy Oosthuizen given that his latest troubles have landed him in jail?
All I can say about Tommy Oosthuizen is that he’s a living tragedy. Dingaan Thobela was always South Africa’s most naturally talented fighter in my eyes; the other is Tommy Oosthuizen. It’s just tragic . . . there’s no way back for him.

Who do you like for the Canelo-GGG rematch in May?
Canelo. I think age is catching up with Golovkin. I’ve always found him very one-dimensional, although he has an iron jaw and hits like a mule. I’ve seen a deterioration in his last few fights. It’s just a question of time.

Will you be involved in Hekkie Budler’s next fight, presumably a title shot in Japan?
No.

There’s been some talk on social media speculating on a Kevin Lerena-Thabiso Mchunu match-up. Could it happen?
Frankly, Mchunu doesn’t deserve the opportunity given his lacklustre performance against Constantin Bejenaru. I’ll never discount any fight, but this would be tough – it would be brother versus brother as trainers and sparring partner against sparring partner. That said, if Mchunu proves himself in a succession of fights, who knows? 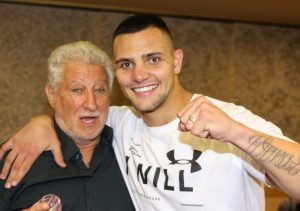 You’ve got Kevin fighting in Eastern Europe. Any more sojourns into Europe, Monte Carlo perhaps?
Yes, Azerbaijan is our latest stop. I’m already talking to the top promoter there about future events. So yes, we’re always looking to expand.

What’s on your to-do list for the next six to 12 months?
Two things. We’re pushing Kevin hard. Many don’t realise how much exposure he’s giving SA boxing internationally. He’s on the cusp of very big things. Then there’s Thulani Mbenge. You’re gonna see a lot of him. He’ll be getting the opportunity of a title shot soon. He had Kevin are two fighters in arguably the two top divisions in boxing. 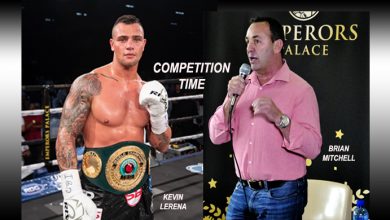