Remember when a “slightly chubby” boxer Rowan Campbell made his boxing debut as a light heavyweight against Gabriel Mngadi on the 1st of December 2016? Well just over 3 years later a vastly improved Campbell has been approved to challenge for the vacant IBO world super middleweight title. Campbell is coming off a sensational 4th round stoppage win against the previously unbeaten SA light heavyweight champion Nicholas Radley. Now unbeaten in 12 fights, Campbell gets his chance to challenge for a world title in only his 13th fight. An official announcement will be made shortly by his promoters, Golden Gloves. 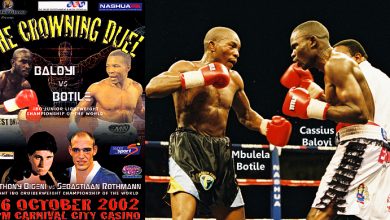