With a big pot of cash for the winner and an intriguing line-up, this weekend’s Super Four featherweight tournament at Emperors Palace has enlivened the SA boxing scene.

The action will be broadcast live on SuperSport 5 and 9 from 7.30pm on Saturday.

Extravagantly titled “Four go to War”, the event will see each boxer pocket R175 000 just for starters. The two semifinal winners will then contest the final in 2018 with the winner in line to earn R300 000 and a guaranteed spot on a fight bill in the US next year.

Former world champion Simpiwe Vetyeka, who pulled off one of the biggest upsets by a South African boxer when he dethroned Chris John four years ago, has been installed as early favourite. But the competition will be brutal with schoolboy champion Azinga Fuzile the pick of many, not least his adoring Eastern Cape fan base.

Former Commonwealth champion Tshifhiwa Munyai is also in the mix with big-punching tyro Lerato Dlamini rounding out the contestants.

On Saturday, it will be Vetyeka against Dlamini and Munyai against Fuzile – all over 10 rounds.

The undercard action will be a case of the veteran against the young gun when Ryno Liebenberg, a campaigner on the international light-heavyweight circuit until recently, drops down a division to fight Patrick Mukala.

Mukala, originally from DRC but domiciled in SA, is a vicious puncher, but ought to be dragged into deep water by the vastly more experienced Liebenberg. Whatever happens, Liebenberg will need to keep his guard up against an opponent who sees this as his breakout fight and has vowed not to waste the opportunity.

There’s much at stake. As a first step to WBC recognition, promoter Rodney Berman has secured a title shot for the ABU belt to be contested on the undercard of the Super Four final early next year.

Konkco cracks on with thrilling win 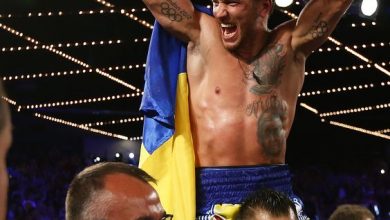 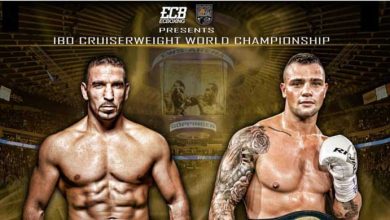